Posted on Last updated: March 18, 2021 By: Author Janice and George

The young queen of Sweden, Hedvig Eleonora – whose beauty had enticed the king to marry her – needed a jaw-dropping palace.

Drottningholm Palace, to be exact…

And – after you’ve explored Gamla Stan (Stockholm’s Old Town) – visiting this Swedish royal palace today is one of the best day trips from Stockholm!

Where is Drottningholm Palace?

How to visit? | Tips, guided tour and restaurant

How do you get to Drottningholm Palace? | Boat trip

Where is Drottningholm Palace located?

The palace is built on the island of Lovon in Lake Malaren, in a suburb of Stockholm called Drottningholm.

See this link to Google maps for the Drottningholm Palace location.

Hedvig Eleonora’s husband, the king, had recently died, and she would rule as regent of the country until their young son was old enough to become the next king.

Sweden was one of the most powerful states in Europe, and the palace she would commission had to dazzle visiting royalty and dignitaries with its grandeur.

As it turned out, Hedvig Eleonora ended up reigning for much of her life.

Even when her son assumed power, he still deferred to her and called her “the Queen.”

Later, when her grandson left to fight the Great Northern War between Russia and the Swedish empire, she assumed control of Sweden once again.

One highlight of the palace is Hedvig Eleonora’s peacock-blue bedchamber.

You’ll gaze in amazement at the lavish décor – the gilded furniture, silk wallpaper and porcelain vases.

Eleonora never actually slept in this state bedchamber though.

She used it for official purposes, to greet visitors.

No doubt she succeeded in impressing many prominent guests here during her long reign!

After Eleonora’s passing, the palace remained the residence for the royal ladies.

Then in 1744, it was given as a wedding present to Princess Louisa Ulrika of Prussia when she married the Swedish crown prince.

A lover of the arts, Louisa thrust Drottningholm into its golden age, redecorating the interiors in the latest French Rococo style on display at the Palace of Versailles.

A friend of Voltaire, Louisa loved to read – she founded Sweden’s Academy of Letters (which promotes the study of humanities and social sciences).

What must it have been like to pick up one of her precious history or botany books, and read in that room?

Do you love palace intrigue? Then you’ll love reading our post on the mystery of the looted Amber Room at Russia’s Catherine Palace

On her 33rd birthday, Louisa received a surprise gift from her husband – a “Chinese pleasure palace.”

In a letter to her mother, she wrote of her delight: “He led me to one side of the garden and suddenly to my surprise, I found myself gazing upon a real fairytale creation, for the King had built a Chinese palace, the loveliest imaginable.”

Chinoiserie was in fashion at the time.

Indeed, as you wander through the red, green and yellow rooms, you can easily imagine them reading or laughing, gossiping and having fun as they played cards here.

The “confidence” dining room, in a separate building beside the Chinese palace, is also intriguing.

Its dining table could be lowered underground, so servants could set the meal on it then raise it back up into the dining room.

This way, the royals could eat in private without servants overhearing their conversations.

The room is the sparest in the palace.

Louisa must have found pleasure enough in the leafy views through the glass windows encircling the one-room building and in the secrets shared here.

Drottningholm is Swedish for “Queen’s Island.”

It’s a tribute to the vision and creativity of Eleonora and Louisa – both beautiful, strong-willed, intelligent women – that the golden-hued yellow palace today is one of the finest and best-preserved palaces in Northern Europe, designated a UNESCO World Heritage Site.

The current Swedish king and queen make their home here.

A large part of the palace is open to the public, however.

And this Stockholm day trip – taking a century-old steamer across Lake Malaren to visit the “Queen’s Island” – is one of the best things to do in Stockholm!

There’s a lovely café in an historic building, the 1880 Karmellan Café & Restaurant, on the palace grounds – so you can have a snack or lunch at Drottningholm.

The palace website has detailed information on Sweden’s Drottningholm Palace.

(As an Amazon associate, we earn from qualifying purchases.)

Got a crush on castles and palaces?

Read our posts on the following beautiful castles and palaces in Europe:

Germany | Spend two days in Dresden and see the sumptuous treasure in the Dresden Royal Palace. 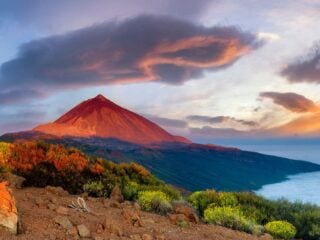 Canary Islands cruising: See the secret side of the Canaries
← Read Last Post 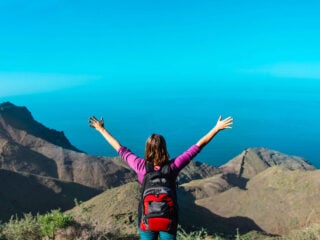 This palace seems amazing, with such history. If you are passionate about history than i recommend you Albania for the most interesting things. Visit the house of leaves in Tirana and learn more about the dictatorship era of the country

We visited some of the Swedish castles and manors around Stockholm last summer, but Drottningholm Palace wasn't part of this tour. I thought Gripsholm Castle was their crown jewel, but Drottningholm looks way more impressive. That library seems quite luxurious and so does the Chinese Pavilion.

I love Scandinavia, such an elegant travel destination - wonderful post!

Perfect description for Stockholm - elegant :-). Glad you liked our story...

This would have been such an interesting place to visit! I love the photo taken through the hedge using it as a frame! Beautiful!

The history is especially interesting... We had gorgeous weather too for our day trip to Drottningholm Palace - so the whole day was lovely, from the scenic boat ride to touring the palace.

That pleasure palace is one of the most romantic notions ever! Love your photography!