7 Wonderfully exotic things to do in Zanzibar

Home / Adventure travel / 7 Wonderfully exotic things to do in Zanzibar

Exotic. Sultry. Mysterious. Such is the spice island of Zanzibar.

Most visitors go to Zanzibar for the beaches.

But you’ll find no shortage of interesting things to do in Zanzibar beyond the beach.

Part of Tanzania, Zanzibar is an archipelago of over 50 islands in the Indian Ocean, off the coast of Tanzania. The largest island is commonly known as “Zanzibar.”

It’s fairly easy for Europeans to jet into Zanzibar just for a beach holiday.

North Americans usually add Zanzibar to the end of an African safari – a bush-and-beach vacation.

(This makes a Tanzania safari desirable.)

We flew in after canoeing with crocodiles on a safari in Zambia – and stayed two weeks in Zanzibar.

But if you only spend one week in Zanzibar, that would be enough to recharge after your safari and ready you for a return to real life back home.

Okay, let’s go find out what to do in Zanzibar!

Contents: Best things to do in Zanzibar

2) Chill on the best beaches in Zanzibar

7) Stay in one of the best beach hotels in Zanzibar

7 Top things to do in Zanzibar

We could have been sipping ginger mojitos under shady palms on the blindingly white beach.

But it was low tide, and the Indian Ocean waves had rolled back almost a mile.

With hiking poles and reef shoes, we sploshed knee-deep in water along the reef of Bwejuu Beach to the surf break, careful to avoid spiny sea urchins. (And careful not to damage the reef.)

Occasionally, we stopped to pick up shells and examine sea cucumbers. We even spotted a small octopus.

Bwejuu Beach on Zanzibar’s southeast coast is rated one of the world’s most beautiful beaches.

But it’s also one of the most unusual Zanzibar beaches. The tide rolls out so far that “reef walking” is an actual activity.

It’s not just curious visitors who are out and about on the reef. With nets, local village women harvest seaweed offshore at low tide.

All of which makes for a colorful and unique kaleidoscope of beach scenes… Certainly not what you might be used to seeing in the Caribbean, Mexico or Hawaii!

2) Chill on a beautiful beach

Still, sipping mojitos on the beach is hard to resist. (It’s the reason we visited Zanzibar!)

So what are the best beaches in Zanzibar?

This white sandy beach is found in one of the quietest parts of Zanzibar – ideal for peace and privacy.

We were based here most of our time at two very romantic resorts (see #7 below).

The sand beach is firm, so you can take out hotel bikes and ride for miles along the hard-packed coral sand.

But because it’s so shallow, and with the reef, the beach itself isn’t the best for swimming.

If you seek sand as fine as flour and calm all-day swimming, you’ll discover some incredibly gorgeous beaches in Zanzibar on the island’s north coast. (The water there doesn’t roll back as much at low tide as it does on Bwejuu Beach.)

Indeed, Nungwi Beach was named one of the world’s “Top 25 Beaches” in TripAdvisor’s 2018 Travelers’ Choice Awards.

Nungwi is quite popular, so you’ll find numerous hotels, restaurants and bars on this beach.

Quieter than Nungwi Beach (and just south of it), Kendwa Beach is also one of the best Zanzibar beaches.

And like Nungwi, the tide doesn’t change too much, so the waters are clear for swimming and snorkeling.

Lined with palm trees at the back of the beach and boasting powder-fine sand, it truly is an idyllic beach.

You can walk for miles (and probably bump into some cows). Or maybe you just want to read a book? Perhaps lie on the sand at night for some romantic star gazing?

Note that you can’t swim at low tide on Matemwe Beach, as there’s a reef offshore. (But with reef shoes, you can examine all the little sea critters, like at Bwejuu Beach.)

Spice tours are popular if you’re willing to vacate your beach chair and explore some of the island.

Known as the “spice island,” Zanzibar’s lush interior is full of spice farms growing cardamom, cinnamon, vanilla beans and other spices (but only cloves are exported).

On our tour, our lithe teenage guide scampered up tree trunks to pull down various fruits and seeds.

Breaking open a furry “lipstick fruit,” he made us laugh when he smeared the red paste inside the fruit on his face and blew us kisses with freshly painted crimson lips.

We also booked a half-day tour to Jozani National Park.

The mahogany rainforest is home to rare red colobus monkeys, only found on Zanzibar.

At the entrance, a large group of monkeys, habituated to visitors, can be observed up close.

And talk about cute things to see in Zanzibar!

With their crowns of white tufty hair, they’re quite adorable – especially the babies.

One baby monkey we tried to photograph amused us immensely, swinging and jumping about, while his (her?) mother tried to sleep sitting upright on a branch.

Even if you’re determined to stay put in your beach chair as much as possible, the one thing you must do is visit Stone Town.

The ancient capital of Zanzibar is a UNESCO World Heritage Site. And it’s fascinating to get lost in (or explore, if you’re on a guided walking tour).

One of the most fun things to do in Zanzibar is kitesurfing.

Confession: We didn’t actually go kitesurfing – but it sure looked fun!

Paje, which is just south of Bwejuu Beach, is the most popular place for kitesurfing. Indeed, it’s developing a reputation as a world-class kitesurfing destination.

Lots of sports shops offer lessons if you’d like to learn.

When the wind picked up, we also saw windsurfers and kitesurfers fly through the white caps at Bwejuu Beach (which is just north of Paje Beach).

Best time for kitesurfing in Zanzibar

For kitesurfing, the two best times to go are:

7) Stay in a splurge-worthy hotel

Present-day tourism, beyond backpacker hostels and simple beach cottages, only started to sprout in the past 15 years or so. Before that, a bloody African/socialist revolution in the mid-1960s closed Zanzibar to the outside world for more than 20 years.

But Zanzibar is now a “hot” destination (in more ways than one).

Honeymooners and international visitors who like a little luxe have discovered the island.

In Stone Town, historic palaces have been converted into dreamy boutique hotels.

The hip Baraza Resort & Spa, resembles a gleaming white sultan’s palace – welcoming both couples and families with its one- and two-bedroom villas with private plunge pools.

It catapulted onto Conde Nast Traveler’s 2012 “Hot List” of top 60 best new hotels in the world and was named “Tanzania’s Leading Resort” in the 2016 World Travel Awards.

Is this a sultan’s palace? See our review of Baraza Resort and Spa

Baraza’s sister resort, The Palms, is located beside Baraza on Bwejuu Beach.

An exclusive and  romantic adults-only escape, with six thatched-roof villas, it offers exceptional service, gourmet food and your own private tented banda (bungalow) for lounging on the beach.

Romancing the Palms: The Palms on Zanzibar is a hotel with heart

Rates match the star wattage of its guests. But they include twice-daily scuba dives, barefoot butler service and all the fresh lobster you can possibly eat.

The best time to visit Zanzibar is between mid-June and the end of October (high season), when there’s little rain and temperatures are coolest (around 80 degrees F). December to March is also dry and sunny, but much hotter.

Resorts on many Zanzibar beaches, like Bwejuu Beach, are mostly all-inclusive (there are usually no other eating options around).

Talk to your doctor about anti-malarial precautions, as Zanzibar is in a malaria area.

Get the full scoop on planning a luxury trip to Africa! See our Ultimate Africa Guide (packed with safari itineraries and other essential Africa travel information)

Have you been to Zanzibar? 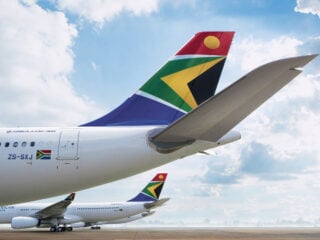 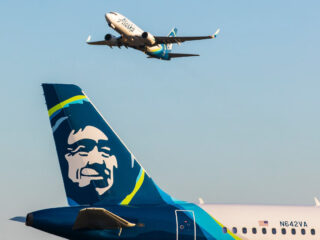 Glad you enjoyed them...

This post brings back so many great memories from my honeymoon in Zanzibar - we had such a great time on the spice tour and loved the unspoilt beautiful white sand beaches - most of all, we loved how warm the people in Tanzania and Zanzibar are!

How special to honeymoon in Zanzibar!

Waauw, this is so beautiful. The pictures are gorgeous. I always wanted to go to Zanzibar, and now even more. :)

I haven't been to Zanzibar but my daughter has. She had some time to kill with all the Kenyan unrest a few years ago - while on a bike ride from Cairo to Cape Town - so decided to climb Kili and then do Zanzibar. She loved it but she flew over in a dust storm and ever since has been afraid of plane crashes. I guess it was one ugly flight but the island sounded and still sounds amazing. So do the prices for the fancy places.

Sounds like quite the adventure your daughter had! (inherited the bug from her mom :-) As for Zanzibar, we understand the tourism focus is the luxury market - deluxe boutique resorts are seen as the way to help the island's economic growth.

Absolutely gorgeous!! I've only read about Zanzibar but I've dreamed of visiting for many, many years. :-) One day I'd love to walk those beaches. :-)