Posted on Last updated: February 12, 2021 By: Author Janice and George

Oodles of cultural activities in Mexico City (and other surprises)

This is Mexico City?

A dog walker untangles the leashes of her furry charges – we can’t help but pet one tail-wagging little rascal.

Spandex-clad young women jog on the crunchy park path nearby as dusk settles.

Restaurant tables spill out on the sidewalk, some couples chatting up a storm while others languidly scroll down their smart phones.

Occasionally, a bicyclist pedals by.

We could be out on a balmy summer evening in Victoria or San Francisco – except we’re in Mexico, strolling the Condesa neighborhood of Mexico City.

And people are having nice normal fun in Mexico City.

Forget what you think you know of Mexico City. Because it’s likely to surprise you.

This mega-city (population over 21 million) is so vast that, peering down from the plane, we can’t make out its edges.

But below we find a people-friendly, vibrant, buzzing hive of a place – a delight to explore on foot, with loads of historical treasures and an explosion of cutting-edge artistic, culinary and cultural venues.

Mexico City is full of surprises

It’s got lots of shady, green parks and more museums than any other city in the world (over 150, apparently).

It’s quite safe – apart from a few (easily avoided) dodgier districts, you don’t need to worry about a trip to Mexico City any more than about a visit to New York or Miami.

And its air is clean most of the time – air pollution has dropped significantly since the city’s dirty days in the 1990’s (on our visit, the blue skies are smog-free).

It only officially changed to “Mexico City” this January, from “DF” (Distrito Federal), the moniker commonly used by the locals.

There’s more than enough to see and do to fill a week, but you can cover many of the top sights in Mexico City in three days.

In particular, like Guanajuato, Merida and other colonial cities in Mexico, there are lots of cultural experiences to enjoy.

We start exploring our first afternoon – and get our first taste of culture in Mexico City.

The world-renowned National Museum of Anthropology is close by in lovely Chapultepec Park. It’s easy to reach on foot, so we don’t need to sit in the clogged city traffic.

We’ve visited some wonderful smaller museums in Mexico – from the playful Mexican Toy Museum in San Miguel de Allende(“La Esquina”) to the quirky and unsettling Mummy Museum in Guanajuato.

But the National Museum of Anthropology is the granddaddy of Mexico City’s museums (certainly one of the best museums in the country).

And as one of the top sights in Mexico City, it doesn’t disappoint – it wonderfully displays Mexico’s history from pre-Columbian times to the Spanish conquest.

We also come to understand that the Aztecs centered their empire around present-day Mexico City.

Fun things to do in Mexico City on a Sunday morning

Next day, a sunny Sunday morning, we join the locals thronging the Paseo de la Reforma, the city’s grandest boulevard.

On Sundays, the Paseo is closed to all car traffic until mid-afternoon – a Mexican tradition that makes it a people-magnet.

And what a spectacle!

Families pull their kidlets down the street in wheeled wagons, roller-skaters glide by and teens in sporty clothing ride bicycles, raring to go at the lights.

A crowd of fitness buffs is zumba-dancing to throbbing music.

Red-nosed clowns are also out entertaining wee ones.

Strolling the Paseo this Sunday morning is definitely one of the most fun things to do in Mexico City! (And free too…)

We also notice many eco-friendly bicycle stands and rental shacks for modestly priced rental bikes, with people lined up in front waiting to rent one.

Bicycling as a way of getting around is a growing, popular phenomenon, and some bike lanes have sprung up in the city too.

The rich assortment of public art along the Paseo vies for our attention as well.

The golden Angel of Independence atop its tall column dominates one grand traffic circle.

And, yes, we can kind of see that the very modern, golden “El Caballito” sculpture looks like a stylized horse.

Leaving the Paseo, we walk through Alameda Park.

This is the city’s oldest park, an expansive green space, criss-crossed by lots of well-loved walking paths and patrolled by policemen on horseback.

It’s sprinkled with shady poplar trees, and children splash about in water fountains.

In February and March, when the Jacaranda trees and lavender flowers bloom, the park is a palette of purple.

We finally reach the magnificent Palace of Fine Arts, its white marble dazzling in the sunshine.

Inside, we admire huge murals painted by some of Mexico’s famous muralists.

But we’re unable to see the theater’s stained-glass curtain made by New York jeweler, Tiffany, or its crystal ceiling dome.

For that, we’d have to watch one of the renowned, twice-weekly Ballet Folklorico performances (and drat, we’re not here then).

Then a quick peek into another jaw-dropping building. Really, a post office? Yep, it’s the Postal Palace.

Under its soaring ceiling of leaded glass, it looks like a lacy confection of bronze and gold and light.

In the city’s historical center, we aim for the bustling Zocalo.

A gathering place for political demonstrations in years past, the city’s main square is occupied choc-a-bloc by white tents, some with banners hand-painted with political slogans.

Here again, we notice striking contrasts. The baroque Metropolitan Cathedral majestically presides over the square, while brand-new, shiny eco-taxis are lined up nearby.

By this time, our stomachs are rumbling.

There are too many great places to eat in Mexico City to count.

We stumble upon Café Tacuba with its stained-glass windows. Inside, a treat awaits.

Only later do we discover it’s a bit of an institution – there’s even a local band calling itself “Café Tacuba.”

The National Palace and Diego Rivera

Revived, we tackle the National Palace next.

But where’s the entrance? A friendly guard forgives our mangled Spanish and points us around the corner, where we line up with the many locals for a visit.

In its garden courtyards, we’re attracted by signs pointing to the living quarters and official rooms once occupied by Benito Juarez, perhaps Mexico’s best-loved president.

We then look for the brilliantly colored mural – “The Epic of the Mexican People in their Struggle for Freedom and Independence” – by Diego Rivera (one of Mexico’s greatest 20th century artists).

Rivera took years to paint this masterpiece, so massive it winds around the palace’s central staircase.

History is all well and good.

But the day is over and we’re ready now for a modern take on Italian cuisine at Il Becco restaurant.

Part of the high-end Becco group of restaurants in Mexico, Il Becco tickles our tastebuds with artichoke-and-pistachio risotto and linguine with lobster.

Bonus: The bill is less than many Italian restaurants back in Canada.

The next day, we hit another museum in Mexico City.

In Mexico City, there are museums to suit every intellectual fancy, from shoe to cartoon museums – even a pen museum.

We’ve picked the National Museum of Art, as it’s said to house the most impressive collection of Mexican art in the country.

Of all the cultural activities in Mexico City, touring the National Museum of Art turns out to be one of our favorites.

And we’re happy we chose to spend our time here, as we enjoy rural landscapes, portraits and other artworks by Mexican painters little-known to foreign visitors.

Unfortunately we don’t have time for two new art museums we want to see.

And the Museo Jumex displays the largest collection of contemporary art in Latin America.

We end our too-short Mexico City visit with one last stroll and dinner at a trendy spot in Condesa.

We only managed to briefly trundle through the artsy Roma neighbourhood, never made it to the posh Polanco district, and missed out on visiting the “Blue House” of Frida Kahlo.

And wouldn’t it be amazing to visit Mexico City during the Day of the Dead!

There’s so much culture in Mexico City, and we’ve barely scratched the surface!

Where to stay in Mexico City

We stayed at both of these hotels in Mexico City and can highly recommend them:

In the five-star category, the Four Seasons Hotel Mexico, D.F. has been completely renovated and boasts a small outdoor pool. It’s conveniently located a ten-minute walk from the National Museum of Anthropology.
Read: 7 Things to Love About the Four Seasons Mexico City

The Red Tree House is a lovely, top-rated B&B in the old-world Condesa neighborhood. Its free evening wine hour is a hit with the international mix of guests (as are its rates, which are very reasonable).
Read: Best B&B in Mexico City? The Red Tree House is Hard to Beat

Cabo San Lucas | From whale watching to hiking up the Pedregal, check out these 25 epic things to do in Los Cabos .

Our newspaper story on things to do in Mexico City

We contribute travel features to many North American magazines and newspapers. A version of this post was first published in the North Shore News as “Mexico: Epic Adventures Await in the City of the Aztecs.” Click on the image to read the PDF of this article. 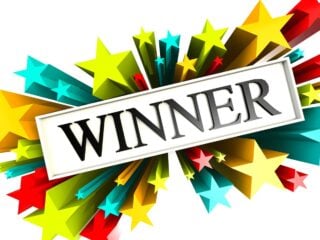 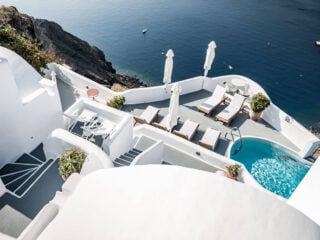 I'm just back from the DF myself - loved it, including the Red Tree House!

Happy to hear you loved Mexico City too! And the Red Tree House -- it's a special place to stay :-).

That sunstone is spectacular. Didn't realize how big it was till thius pic. ...also like the rednosed clowns. :)

What a comprehensive post about Mexico City. This caught my eye as I just met my Mexican friend this morning for coffee and we were talking about the climate and also some interesting places to visit in that country. :) Makes me want to visit.

You should! Perhaps combine a visit to Mexico City with a beach resort?

Nice to see how everyone is so sporty! I'm impressed at how many museums you crammed in, think I would definitely have to visit Frida Kahlo's house, you must have been sad to miss that

Yes, the Frida Kahlo Museum (or "Blue House" - where Frida grew up) is in a different district, the pretty suburb of Coyoacán. Nearby in the district of San Angel is the Museo Casa Estudio Diego Rivera y Frida Kahlo - the house where Frida and Diego Rivera lived. People typically visit these museums on a separate day. Next time!

Fantastic! We by chance both posted on Mexico City today and I see we've done some overlapping - loved the Museum of Anthropology (Fantastic!) as well as the Postal Museum. And you're so right, so many park filled neighborhoods in Mexico City with cyclists, dogs, and some wonderful cafes and restaurants. I've been here several times now (my mom lives in Mexico) and love the place. Nice post! Frank (bbqboy)

Thanks so much! We're going to head right on over and check out your post now...