Sailing on the “Royal Clipper” ship

She’s tall and a real beauty. Meet the Royal Clipper!

Modeled after the greatest German clipper ship, the historic 1902 Preussen, the 439-foot, 227-passenger Royal Clipper is the largest true sailing ship in the world.

She flaunts 56,000 square feet of sails – 42 sails in all – and is under sail whenever possible (not engine power).

We’ve sailed on a deluxe Indonesian phinisi around Komodo – read next!

When we received an invitation to cruise again with Star Clippers, which operates the Royal Clipper ship, we jumped at the chance.

Years ago, we sailed on the Royal Clipper through the Grenadine Islands in the Caribbean.

For Mikael Krafft, the 70-something Swedish entrepreneur who owns Star Clippers, these ships are the product of a lifelong dream to recreate and build real clipper ships that sail the world. (The word “clipper” comes from the phrase “to go at a good clip”.)

Indeed, the Star Clipper and Star Flyer are the first clipper ships since 1911 to be certified as passenger sailing vessels by Lloyd’s Register of Shipping.

Based on the France II, a French five-mast cargo windjammer built in 1911, it will be the largest sailing ship ever launched.

In the meantime, we look forward to our 2019 Caribbean cruise on the Star Flyer – and can’t wait to sail at a good clip again.

So stay tuned, as we’ll be writing about this Star Clippers’ cruise. (Better still, why not subscribe to our blog – that way you can stay abreast of all our travel stories!)

See the Star Clippers website for more information on the Royal Clipper. 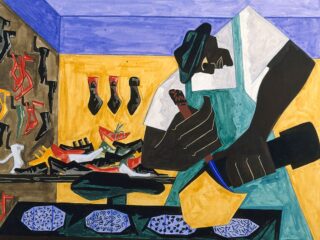 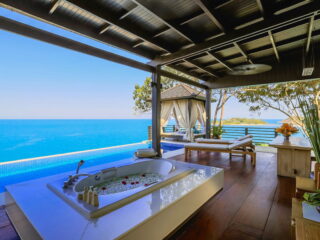