Home / Culture / Romantic Venice: How many ways can we say we love you?

Posted on Last updated: January 2, 2021 By: Author Janice and George

Romantic Venice: How many ways can we say we love you?

Home / Culture / Romantic Venice: How many ways can we say we love you?

Every day is Valentine’s Day when it comes to our love affair with Venice.

No matter that in high summer, when cruise ships disgorge their passengers, the tiny pedestrian streets are clogged with tourists jostling elbow to elbow.

We’ll always be in love with Venice – nicknamed La Serenissima (the most serene).

We can never get enough of the city, birthplace of Casanova.

Its canals and singing gondoliers…

Its bridges… (Did you know Venice has over 400 bridges?) Its palaces and museums…

Venice is just one of the most beautiful places to see in Italy!

So how many ways have visitors said, “We love romantic Venice”?

Let’s quote some masters of the pen and other luminaries as we share some of Venice photos with you:

“Venice is like eating an entire box of chocolate liqueurs in one go.”

“An orange gem resting on a blue glass plate: it’s Venice seen from above.”

“Flamboyant, radiantly beautiful, Venice, Italy, owes her grandeur to the sea, a bond celebrated yearly through regattas such as the Vogalonga. Today it is a human tide that washes over her—millions come to capture a glimmer of her charms.”

~ from “Venice: More Than a Dream,” February 1995, National Geographic magazine

“Venice never quite seems real, but rather an ornate film set suspended on the water.”

“To build a city where it is impossible to build a city is madness in itself, but to build there one of the most elegant and grandest of cities is the madness of genius.”

Is Venice romantic still in August?

When we once stayed in August, we discovered hotels priced at “low season” rates.

Because people think September is slower, more now visit Venice in September, so rates jump at the beginning of that month. July also sees high rates.

But, if you don’t mind the heat, you can find some good hotel deals in August.

Do you love Venice? 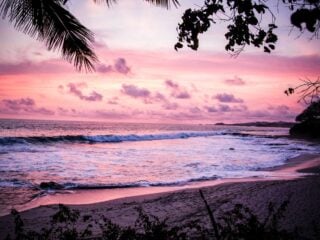 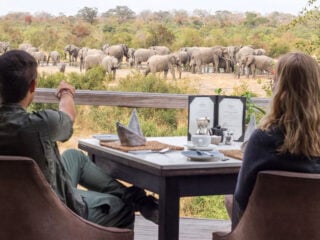 Oh, Venice is so on my Italy bucket list. Thanks for the tip about visiting in August. Love your pics.

Oh, you'll love Venice! One day it will happen, right?

I may be visiting Venice later this year, and I expect to fall in love with it too! Lovely post, glad you had an amazing time! Very cool Truman Capote quote too..

Yes, that Truman Capote quote is right on :-).

We love Venice. I can't understand those people that bash on the place. It's like a living museum and what is special is that the whole place is like that, there is no 'old town'...you step in the place and you step back in time.

Your images are just beautiful. It has been years since I have been to Venice. I believe it is time for a trip back!

Thanks so much for the kind comment on our images! You can pack us in your suitcase when you go back to Venice :-).

I agree that Venice is a great destination at any time of year, except perhaps for a few days in summer when it can become very hot and humid. But even then, you can still find refuge from the heat in the beautiful churches and palaces around. I would rather go there in winter though, when the crowds are sparse. I could stroll along the narrow streets of Venice for hours and hours without getting mentally tired. Unfortunately, my feet have a new way of saying 'enough!' lately: they develop convincingly painful blisters to remind me they have a finite endurance limit. Gorgeous images of Venice, Janice! Your post made me want to go back for a visit.

We sympathize with the blisters :-). With no public transport (except for the vaporetti, which are great!), and pedestrian-only streets, Venice means you have to walk a lot (if you want to really experience the city).