It’s impossible to do justice to New York City’s Metropolitan Museum of Art in only a few hours.

You could spend days browsing its more than 2 million pieces of art!

If you’re short on time, you’ll need to prioritize and focus on the pieces you really must see at the Met.

Contents: Best things to see at the Met

Egyptian art – Temple of Dendur and other cultural artifacts

How to visit the Met Museum

What you absolutely must see at the Met Museum

Of course, different people have different views on what to see at the Metropolitan Museum of Art and which art objects you really should view.

If at home, you can check out in advance what you’d like to see on a virtual tour.

You can view 5,000 years of art at home on a virtual tour of the Metropolitan Museum of Art. How cool is that?

An award-winning series of 6 short videos, the Met 360° Project uses spherical 360 degree technology to see some of the best spaces in the Met Museum.

There are so many things to do in New York City that we could only devote an afternoon to the museum on our October visit to the Big Apple.

We did our best and managed (we think!) to at least take in some key Met paintings, exhibits and masterpieces on our 3-hour visit.

(BTW, New York City is one of the best places to visit in October in the U.S. Pleasant sightseeing weather and vibrant fall foliage, especially in Central Park, make autumn a great time to go to NYC.)

Note: You can take photos inside the museum, including photos of the famous art at the Met. Indeed, the Met is one of the best photography spots in New York City!

So with that preamble behind us, here’s our guide on what to see at the Met.

One of the top highlights of the Metropolitan Museum of Art is its famous collection of European paintings.

This is where we headed first.

You can ooh and ahh over a mind-boggling number of gorgeous European art from the 13th to the 19th centuries.

Works by the Spanish artists, El Greco and Goya. Dutch art from the 17th century by Rembrandt and Vermeer. French paintings by Monet, Degas, Cezanne and Van Gogh.

By the way, you can also see an impressive collection of paintings by Monet and Van Gogh at the newly renovated MoMA (Museum of Modern Art).

The Met vs MoMA? There’s always debate about that. MoMA’s specialty, of course, is modern and contemporary art, and we’d love to see the museum. Next visit!

Mind you, at the Met, we don’t know if we actually saw much of what can be seen there.

Many of the European paintings are being shuffled around and/or going into storage while gallery skylights are being replaced and other renovation work is carried out.

The four-year work project is expected to be complete by 2022.

No matter though if we missed seeing some of the famous paintings at the Met.

We were sufficiently impressed by the European paintings we did see!

It shows a wealthy young man getting robbed by three thieves, as an old gypsy woman tells his fortune.

It’s celebrated probably in part because of the painting’s mysterious discovery some 80 years ago.

The story goes that a French prisoner-of-war, who was reminded of an old painting at his uncle’s castle, had a priest examine the painting after the war. It was confirmed to be a genuine La Tour.

An art dealer then bought the painting in 1949 (outbidding the Louvre); the Met acquired it in 1960.

We fell in love with “The Love Letter,” a famous canvas by the French painter, Jean Honore Fragonard.

The young woman in the picture looks to be flirting with us as she holds a bouquet of flowers and a love letter.

The painting from the early 1770s is also intriguing because it looks somewhat unfinished.

The darker brown sections of the canvas aren’t as detailed as the young woman. She alone is shown in intricate feathery brushstrokes of color and light.

Van Gogh at the Met

While living with his brother in Paris between 1886 and 1888, Vincent Van Gogh painted 22 self-portraits, including “Self-Portrait With a Straw Hat” (1887).

Wearing peasant clothes, Van Gogh looks out with one blue eye and one green eye.

Unfortunately, we missed seeing this painting, along with other Van Gogh paintings at the Met.

If you’re a Van Gogh fan, now is a good time to visit the Met.

Normally, the Met’s Van Gogh paintings are off touring the world.

But all 16 of the Met’s paintings by the Dutch master are currently on display in the museum – in Galleries 822 and 825.

No doubt art connoisseurs would say that the Van Gogh paintings are definitely among the best things to see at the Met!

Did you know painters can copy the art in the Louvre? Read more about the Louvre copyists

Another rich collection that’s a crowd-pleaser is the Met’s compilation of amazing Egyptian art and artifacts.

So after browsing the European art, we beetled over to see the Egyptian art at the Met.

The museum contains a whopping number of ancient Egyptian statues and artifacts (26,000!), displayed chronologically over 39 rooms.

We were interested to discover that many of the artifacts were collected when the Met sponsored several archaeological expeditions to Egypt in the early 1900s.

At the time, Egypt gave concessions to foreign institutions to excavate various sites.

This was based on the understanding that half of what was found would go to the Egyptian Museum in Cairo. The excavators could keep the other half.

And so the Met Museum acquired a splendid Egyptian collection!

She lived 1,000 years after the Pyramids were built – and centuries before Cleopatra (accomplishing more than Cleopatra did too).

During Hatshepsut’s reign, peace prevailed and life was prosperous. She restored monuments, set about building new temples and renewed trade.

(If you’re lucky enough to visit Egypt, don’t miss her own mortuary temple, the Temple of Hatshepsut at Deir el-Bahri. It’s an architectural marvel and one of the most wonderful sights to see in Egypt – it blew us away when we visited several years ago.)

At the Met, Hatshepsut is shown seated as the pharaoh in this lovely limestone masterpiece (over 6 feet high).

The Temple of Dendur

You’re not likely to see an Egyptian temple anywhere else in the western world than at the Met!

The Temple of Dendur is a real temple, carefully rebuilt from its original stones and blocks.

This sacred temple was built in southern Egypt in the first century B.C. to honor the Egyptian goddess Isis.

It was given to the U.S. by Egypt in 1967 as a thank-you for American help in saving Egyptian monuments from being flooded by rising waters from Lake Nasser when the Aswan High Dam was built.

The Smithsonian Institution wanted the temple rebuilt outdoors in Washington, D.C. (Jackie Kennedy was a keen advocate of this idea too.) But the Met won out as the temple’s new home.

The Temple of Dendur was eventually reassembled in the Met’s Sackler Wing in 1978, behind a glass wall looking through to Central Park and a large reflecting pool in front.

And we say that, even though we’ve ogled many temples in their original splendid setting in Egypt.

Recommended reading: Take a peek at some of the most beautiful tombs and temples in Egypt

In the 9th century B.C., the great Assyrian king Ashurnasirpal II built a luxurious new palace in Nimrud (in what is now northern Iraq).

Guarding the entrance to the palace stood a winged lion with a human head and five legs, called a lamassu. (It probably stood with another lamassu as a pair.)

Head to the Assyrian Sculpture Court at the Met, and you’ll see this magnificent lamassu.

Standing beside it is a winged bull (though in ancient times, each gateway would be guarded by a matching pair, two lions or two bulls).

Wander into the two-story hall with Ionic columns, flooded with natural light from the skylights above.

You’ll feel like you’ve been transported back to ancient Greece or Rome.

That’s the intention of the main Greek and Roman showroom.

Absorb the cool smooth beauty of the marble statues, the portrait busts, the beautiful Three Graces (though they’re headless today).

And marvel at the fabulous museum that is the Met…

How to visit the Met

The Met is open 7 days a week:

See the Metropolitan Museum of Art’s excellent and comprehensive website.

We used the NYC CityPASS to visit the Met and other attractions in New York City. (As media, we were given a complimentary CityPASS for our NYC visit.)

CityPASS gives you admission to the Met and 5 other popular attractions – including the “Top of the Rock” Observation Deck (amazing views!) and the American Museum of Natural History (we loved the dinosaur exhibits) – for a discounted package price. It’s valid for 9 days.

We love the Kimberly Hotel & Suites, perfectly located in Midtown.

Rooms and suites are delightful and bigger than what you’ll typically find in other NYC hotels. And the beds are heavenly.

Book early, as this hotel has a very loyal following of repeat guests, and it can be hard to get a reservation here.

Check out these NYC travel guide books on Amazon. You may find them useful… (Note: As an Amazon associate, we earn from qualifying purchases.)

CDC website | We follow the CDC travel guidelines to determine what medications and vaccines are needed for international trips. You can get vaccines at your pharmacy, travel medical clinic or doctor’s office.

Pssst! If you make a booking or purchase through our site, we may earn a small commission (at no cost to you). Thanks! 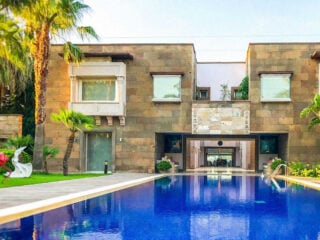 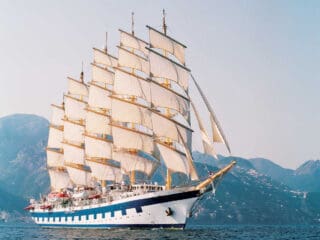 I absolutely love art museums, but have never made it to the Met--definitely top on my list for the next trip to NYC!

You will love the Met! Yes, make it a priority the next time you visit NYC. Really one of the most impressive museums in the world...