Home / Culture / Is Osaka worth visiting in Japan? What you’ll miss if you don’t go 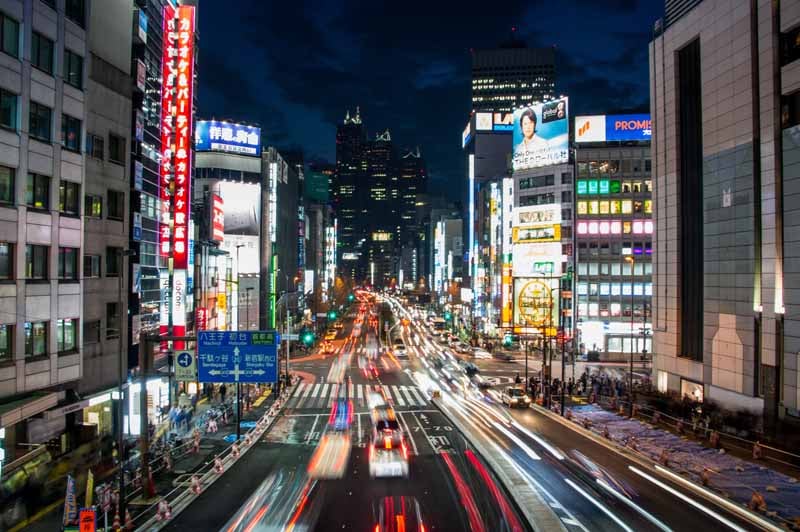 Guest contributor Tiffany Cu (aka “Tiffy” of AsiaTravelBug) has visited Japan at least six times; she’d visit Japan over Paris in a heartbeat! Here, she shares what she loves about Osaka.

Why do you want to visit Japan: To see bustling Tokyo? Or romantic Kyoto, heart of Japan’s geisha culture? Or maybe you want to explore Japan off the beaten path?

What about Osaka? Is Osaka worth visiting? Well, don’t overlook the city. There are plenty of good reasons to visit Osaka.

Is Osaka worth visiting?

Osaka is the third largest city in Japan (population 2.7 million) behind Tokyo and Yokohama.

And with a rich history dating back some 1,500 years – and popular for its nightlife, food and shopping – Osaka should definitely be on your list when planning your Japan itinerary.

Things to do in Osaka

There are too many things to do in Osaka to cover everything in a short trip. But you can certainly get a good taste of the city in a few days.

Let’s first talk about the food.

There are many who say Osaka has the best food in Japan. Simply put, it boasts tantalizing, tempting, downright tasty food.

Known as the “Nation’s Kitchen,” the city lives up to its reputation with restaurants and food guaranteed to tickle the tastebuds of even the most discerning of foodies.

There are so many Osaka restaurants, you could eat out once a day for three years – and still never hit the same place twice!

So, what to eat in Osaka?

Do you love sashimi and sushi?

You won’t want to leave Osaka – it has some of the greatest fresh sushi restaurants in the world.

Some of the best places to eat in Osaka include the following:

It’s the oldest known Japanese pancake restaurant, and its signature dish, yamaimo-yaki (pancake stuffed with pork, scallops, vegetables and the like) is a Japanese soul food that lures in the crowds. The dough is made with yam instead of flour, making it crispy on the outside but soft and slightly sweet inside.

Check out the affordable Michelin-starred restaurant’s cold soba (buckwheat noodles dipped in a sweet sauce), served on a bamboo plate and topped with seasonal veggies.

This restaurant’s signature dish is spaghettini made with locally caught crab, beans and mimoretto. Seriously delicious…

Love Indian food? Get curry happy and check out these 20 popular Indian dishes!

Places to see in Osaka

Osaka’s downtown area, or Kita, is the business area. But Minami, uptown, is Osaka’s famous entertainment district – and where you want to be.

Osaka is the birthplace of Bunraku, traditional Japanese puppet theater.

The National Bunraku Theater in Minami is a good place to watch the creative performances of the “little humans” set against a backdrop of music and storytelling. You’ll definitely want to put catching a show here high on your list of things to see in Osaka!

Each puppet for a major character is manipulated by three puppeteers – one who controls the head movements (sometimes opening and closing of the eyes and mouth too) and movements of the right hand, and two assistants who maneuver other parts of the puppet.

You even see the Bunraku puppets as you walk down the streets.

While in North America, puppetry is mainly geared to children, in Japan, the historical or romantic plays performed by the eerily lifelike Bunraku puppets appeal to adult sensibilities.

Over at the Kaiyukan Aquarium, gape at some 30,000 sea creatures – from Pacific dolphins, manta rays, penguins and jelly fish to giant whale sharks. One of the biggest public aquariums in the world, it’s noted for how it recreates the natural environment of the various species.

One of four such theme parks in the world, its attractions include the hit “Wizarding World of Harry Potter.” Enter Hogwarts, then fly on a broomstick as you’re strapped to a bench in a floating candle-lit room.

The state-of-the-art 4K3D technology makes it a magical ride for muggles of all ages.

That striking high-rise structure of glass and steel you see rising in the north part of the city – actually two 40 story-high skyscrapers joined at the top – is the Umeda Sky Building. Many of the floors are designated as office space, but you can take in splendid views of the city from its rooftop observatory.

To get there, you take a high-speed elevator up to near the top, then a glass-enclosed escalator which stretches diagonally across the wide open space to the observatory.

Not for those with a fear of heights…

Things to do in Osaka at night

The nightlife in Osaka is busy, fun and bright.

Many bars, clubs and restaurants stay open late – whether hip-hop or swing, you can dance the night away. Club Joule is wildly popular.

For karaoke, head to the Moonshine Bar Osaka, which mixes Southern American and Japanese-style karaoke.

For a belly full of laughs, check out a comedy show.

Osaka is renowned for its comedy clubs. ROR Comedy Club offers English-language weekly standup shows; it’s about a five-minute walk from the main tourist area of Dotonbori (famous for its flashy neon lights, restaurants and bars).

Your credit card’s going to get a workout if you love to shop.

Said to be the longest street in Japan, the Tenjinbashisuji Shopping Street is a covered arcade stretching for over a mile-and-a-half. More than 600 stalls and shops tempt you with their colorful wares – everything from fresh produce and kitchen utensils to books and tourist knick-knacks.

Cultural places to visit in Osaka

Museum of Housing and Living:

Travel back in time to the Edo Period at the Museum of Housing and Living in Kita. The Edo Period between 1603 and 1868 is when Japanese society was organized around castle towns ruled by shoguns. Rent a kimono at the museum and wander through recreated buildings and alleys – public bathhouses too – showing everyday life at the time.

The museum is one of the best places to visit in Osaka if you’re interested in Japanese culture and history.

Another interesting museum on the history of Osaka and Japan is the Open Air Museum of Old Japanese Farmhouses.

Here you find 11 old farmhouses with displays showing how the farmers lived; you can learn about silk worm farming and see cooking demonstrations. Check the event schedule to see when there’s a tea ceremony or story-telling session.

One of Japan’s most famous landmarks, Osaka Castle was built in 1583 by a powerful warlord who ruled the country at the time.

Inside is a museum, where you can see samurai costumes and other historical artifacts.

Outside, the castle’s extensive gardens bloom with over 600 cherry trees in springtime.

You’d think that with Osaka being so crowded, the locals would be cranky and annoyed. Wrong.

They are not only helpful to tourists, but are friendly, open and have a great sense of humor. They’re interested in where you come from and what you think of their city. They truly hope everyone who visits has a good time and they go out of their way to make sure your experience is memorable.

The people enjoy life in their city – and they want you to love it too!

Wondering where to stay in Osaka?

One of my favorite hotels is Fraser Residence Nankai Osaka.

It has very pleasant rooms for a good price and is ideally located across the street from the Namba Nankai Station. It’s also only a 10-minute walk from picturesque Dotonbori, which has great shops and restaurants running alongside the Dotonbori canal.

Luxury hotel options include the St. Regis Osaka (its outdoor rooftop garden terrace is very Zen and a tranquil spot to look out over the city) and the Ritz-Carlton.

1) Layers – Bring a sweater and light jacket. It can get cool, even in summer.

2) Cute and comfy walking sandals – Do your tootsies a favor and check out these fab travel sandals for both men and women that we’ve sussed out!

3) Suntan lotion – The sun can be strong.

4) Refillable (collapsible) water bottle – You can drink the tap water anywhere in Japan.

6) Good camera – You won’t want to miss those great shots of Osaka’s architecture. We love our Sony A600 mirrorless camera – it’s small enough to throw in your purse or backpack, but it takes awesome photos!

As an Amazon associate, we earn from qualifying purchases. See full disclosure.

Read our essential posts on:

China | Zhangjiajie is a hidden treasure if you love mountains, nature and hiking. Here’s a 4-day Zhangjiajie Avatar Mountains itinerary for luxury lovers.

So, why go to Osaka? Are you convinced now?

An ex-finance manager, Tiffany Cu (aka "Tiffy" of Asia Travel Bug) is a digital marketing ninja and travel planning freak. Despite being a nervous flyer, Tiffy’s wanderlust has led her to visit Japan at least six times. Her favorite cities? Kyoto, Tokyo and Osaka; she'd choose Japan over Paris any day!