Home / Adventure / Whistler or Blackcomb: Which has better skiing? 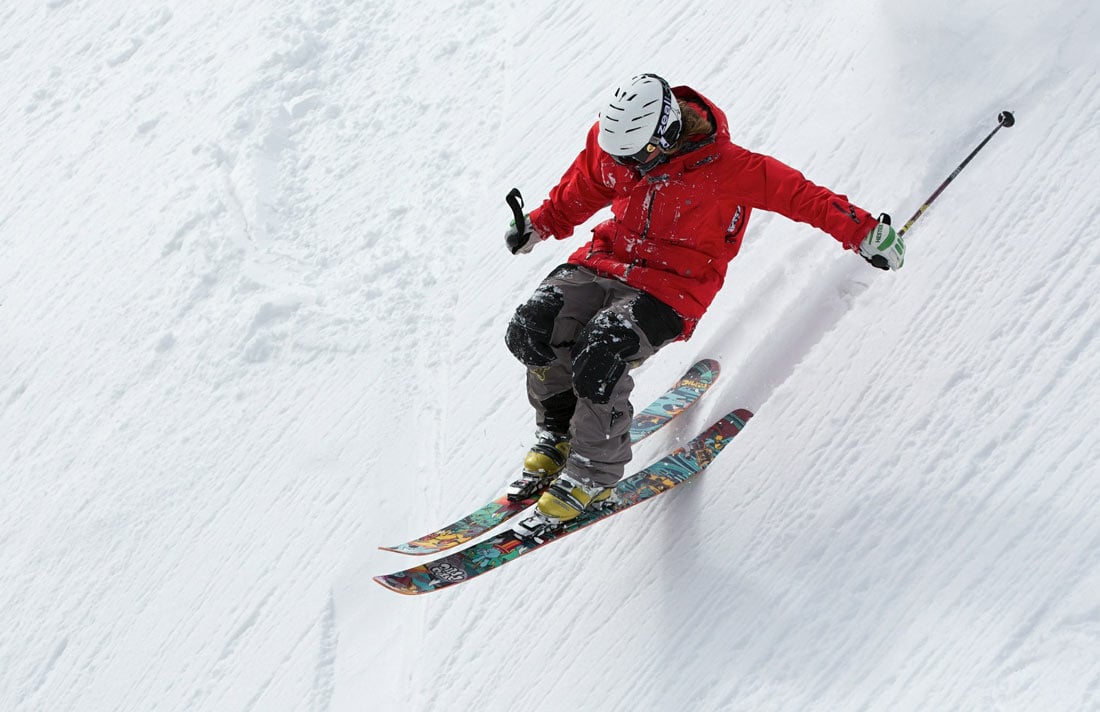 So you’re coming to ski Whistler Blackcomb (in Canada). Lucky you!

But if you’re a first-time visitor, you probably want to know one thing: Whistler vs Blackcomb – which of the two side-by-side mountains is the best for skiing and boarding?

Well, before we get into that, you’ll be jazzed to know that both mountains consistently record great dumps of snow.

The average snowfall is more than 38 feet a year.

In a word, the skiing and riding is epic!

You can’t go wrong choosing Whistler Blackcomb for a ski holiday. We know; we’ve skied there many times!

For detailed snowfall information by month and year, see this Whistler Weather History and Stats page.

Remember too that your lift ticket includes riding between both mountains on the Peak 2 Peak Gondola (or Peak to Peak Gondola).

So you don’t have to choose between Whistler or Blackcomb.

Your ticket gives you access to over 8,100 acres of skiable terrain on both Blackcomb and Whistler mountains.

You can cruise down more than 200 awesome trails and shred the gnar on six terrific terrain parks.

Tip:  Discover the mountains with a mountain host on a free orientation tour.

Spanky’s Ladder – consisting of four bowls (Ruby, Diamond, Garnet and Sapphire) – is riddled with chutes, cliffs and other fun stuff that gets extreme skiers drooling.

When it’s a white-out:

In a snowstorm, Blackcomb is often easier to find your way down the mountain.

Christine’s is the finest on-mountain spot for lunch (in our opinion) – a stylish restaurant for those who deem wine with their lunch an essential part of their day.

Whistler offers more green runs than Blackcomb, so it’s better for beginner skiers. There are lots of green runs high up the mountain.

Yes, Whistler has more easy skiing, but some of the steepest terrain in North America can also be pounded from the Peak Express chair lift, which climbs up to the summit of Whistler Mountain.

Whistler has more alpine bowls than Blackcomb. A local fave? Bagel Bowl off the top of the Peak Express.

It’s usually sunnier on Whistler Mountain in the mornings (that’s why Blackcomb is jokingly called “the Dark Side”).

And when the sun shines, Whistler offers great views from the bowls!

And when it’s a sunny bluebird day, there’s no better place to be than Seventh Heaven!

Dubbed “one of the world’s most terrifying ski slopes” by Conde Nast Traveler, Couloir Extreme on Blackcomb (renamed Saudan Couloir in 2017) is probably the most difficult of all Whistler Blackcomb runs.

It was once the site for the Saudan Couloir Race Extreme (named after extreme skier Sylvain Saudan) – where racers would do a backflip (or other ski trick) from the top then hurl themselves down the almost “2,500 vertical feet of thigh-burning hell.”

Try it if you dare!

See here for the Whistler ski and snow report, with current conditions and forecast.

Whistler and Blackcomb boast a long ski season. They usually open for skiing and riding in November. Whistler’s ski season then ends in April, but Blackcomb often continues with spring skiing until May.

And then it’s still not over, because Blackcomb Glacier is open for summer skiing in June and July. How cool is that!

We love hiking in Whistler in summer too. The Joffre Lakes hike is rad!

The big news for 2018 and the upcoming 2019 winter ski season is the massive $66 million investment to upgrade the resort – including two new lifts and a new 10-person gondola (now open). That gondola, by the way, is the highest-capacity gondola in North America, whisking 4,000 skiers per hour.

So the Blackcomb vs Whistler debate could soon become academic – because Whistler Blackcomb is set to become better than ever!

We often use it when we book hotels. (Pssst! If you book here, we’ll earn a little something to help maintain our site, at no extra cost to you.)