Posted on Last updated: April 10, 2021 By: Author Janice and George

Get curry happy! 23 Popular Indian dishes to try at an Indian restaurant

But in Indian cuisine, “curry” has many different meanings.

It all depends on the spices and ingredients thrown into the pot.

And don’t forget the side-dishes, whose Indian food names are also foreign to our Western brains!

When we’re home and not traveling, we often like to go out to Indian restaurants or order delivery or take-out of Indian food – perhaps to enjoy while watching lots of travel shows on Netflix!

Indian recipes are so complex, requiring many different spices and lots of prep and cooking time, that Indian food is not something we can easily whip up ourselves.

So what are some popular Indian dishes to try?

Which are the best Indian dishes to order?

If you love curry and the fragrant flavors of Indian food, but don’t know your dal from your dosa, here’s a quick primer.

A vast country, the Indian subcontinent has up to 36 distinct cuisines.

But for the sake of absolute simplicity, you can break down the food preferences into two regions: North Indian food and South Indian food.

Best Indian dishes to order at a restaurant

You can read about them in detail below.

See also our “short-and-spicy” 45-second video on 10 of our favorite Indian dishes!

Brought from Persia to India by the Mughals, biryani is a classic Indian dish.

Rice and meat or vegetables are prepared separately, then combined and slow-cooked in the oven to create this aromatic “dry dish” (there’s no creamy gravy-like sauce).

Basmati rice is typically used, and the meat (goat, chicken or mutton) is usually marinated first in yogurt. Spices such as cinnamon, nutmeg and cardamom add a delicate flavor.

Butter chicken (or murgh makhani) is one of the most popular Indian curries.

Typically a mild curry, it combines onions, butter and cream in a velvety smooth tomato sauce with chicken chunks.

Butter chicken is our go-to curry; we never tire of it!

If you want something lightly spiced and easy on the heat, then this is one of the best Indian food dishes to try. Butter chicken is an especially good pick if this is your first time eating Indian food.

Originating in the north of India, chaat is an Indian street-food snack. The word “chaat” means “to lick” – and chaat is finger-licking delicious.

There are many types of chaat, but all have a starch base (like a samosa or puffed rice), vegetables and chutney.

One of the most popular is papri chaat, made with a samosa-style crust, boiled potatoes and chickpeas, topped with tamarind chutney and crunchy bits of deep-fried noodles.

A thin pancake, dosa is crepe-like and slightly sweeter than naan (#9 below). Coming from the southern part of India, it’s usually made from rice and lentils.

You usually eat dosas hot, dipped in various chutneys, as an accompaniment to a curry meal.

But sometimes dosas are stuffed with veggies and eaten as snacks (popular as street food in India). Masala dosa, for example, is filled with spiced potatoes.

Of course, you need something deliciously sweet to finish off your Indian meal.

Enter gulab jamun. This popular Indian dessert is based on two flavors – gulab (which means rose) and jamun (which refers to purple jamun berries, similar to blueberries).

Think of it like Indian doughnuts dipped in mouth-watering syrup! (But, sorry, ordinary doughnuts won’t ever taste as good again after you’ve tried gulab jamuns.)

Korma is another one of the best Indian dishes to hail from northern India.

Braised meat (maybe chicken or beef) and vegetables are slow cooked in a thick mild curry sauce made with cream, coconut milk or yogurt and sometimes almonds.

From the south of India, Madras curry is commonly made with chicken – so is known as “Chicken Madras” or “Madras Chicken.”

No matter what you call it though, it’s an intensely flavorful Indian chicken curry (a fairly hot curry).

Like roghan josh (#12 below), it’s a rich dark red in color – the color comes from the chilis used.

And it’s less creamy than butter chicken and tikka masala (#14 below).

This one’s for the vegetarian in you.

Mutter paneer is a north Indian curry made with cubes of paneer (a soft fresh cheese like cottage cheese). It’s mixed with peas and a tomato-and-onion based sauce.

Slurp it up with naan or chapatis.

As part of your Indian curry feast, you need one of the most famous Indian dishes – naan.

A type of pillowy yeast-leavened flatbread, naan is traditionally baked in a clay oven (called a tandoor). It’s perfect for mopping up all that delicious curry sauce!

Naan is best served warm and fresh from the oven. (When receiving it as take-out, it’s often wrapped in aluminum foil to keep it warm.)

Some Indian restaurants also offer different types of naan. We’ve eaten it plain, with garlic butter brushed on top and baked with rosemary inside. And while we enjoy all the different versions, plain naan is probably still our favorite.

One of our favorite Indian dishes to order as a starter is a serving of papadums.

Can you ever have too much Indian bread? We don’t think so.

A staple in many Indian households, paratha is unleavened flatbread, happily eaten at breakfast, lunch and dinner.

Paratha vs naan: What’s the difference?

While naan (#9) is baked in a clay tandoor oven, parathas are pan-fried. They’re thinner than naan and flakier.

To eat them, tear the paratha apart with your fingers. It’s delicious on its own. Or use the torn pieces to scoop up your curry sauce.

Raita is a must! A side dish made from yogurt and cucumber, raita is used to cool the spicy heat from curries. Try putting a little on each forkful. You can also dip your naan into it.

Raita is so creamy and delicious, though, that you might just want to lap it up on its own!

Mix the following ingredients in a bowl. Chill. Enjoy!

Deep red in color, rogan josh is an aromatic lamb or beef curry dish, made from chili peppers.

Thought to be Persian in origin, it’s now a dish associated with Kashmir, the most northern region of India.

The meat is first browned then slowly stewed in a thick gravy of garlic, onions, ginger, chili pepper and spices.

Saag means “greens” in Hindi. And this North Indian dish is typically made from cooked spinach (though sometimes other green vegetables like mustard greens or chopped broccoli are substituted). The soft spinach is thickened with cream or coconut milk, spices are added and cubes of fried paneer cheese are stirred into the stew

You can eat this as a side dish, or serve it with rice for a healthy vegetarian meal.

The most popular Indian food in the world? Samosas are right up there!

Eaten as an appetizer, a samosa is a fried or baked pastry filled with spiced potatoes, peas and onions. Meat varieties have ground lamb, beef or chicken too.

They often come with mint sauce or tamarind chutney on the side.

They’re such a hit that you can usually find frozen pre-made samosas in your grocery store.

But they won’t compare to what you can get from a good Indian restaurant.

Or you can try making your own – here’s a great recipe for making the perfect samosas.

The chicken is prepared by marinating it in yogurt and spices like turmeric, cardamom, coriander, fresh ginger, garlic, red chili and lime juice. Then it’s grilled in a tandoor clay oven.

It comes out juicy and oh-so-delicious – and is a great dish for a main course.

Roast over charcoal in a tandoor oven. Then mix the chicken with a creamy orange-colored sauce made from tomatoes, paprika and red chili.

One of the most popular Indian dishes, tikka masala is a good choice if you don’t like hot food, as it’s a mild curry.

Chicken tikka masala, on the other hand, is supposedly an Indian food dish invented in Britain in the 1960s.

Not sure what to choose? Go with butter chicken.

Bring on the heat! Vindaloo (shown on the right in the above picture) is a classic hot curry, made with diced chicken or lamb, garlic, hot chilis and wine or vinegar.

When Portuguese explorers made it to Goa in the 15th century, they brought the dish with them.

The word vindaloo is a mispronunciation of a Portuguese dish of meat marinated in wine-vinegar and garlic.

Franciscan priests then adapted the dish – they couldn’t get wine-vinegar in India so they got inventive and made their own from palm wine.

Like Madras curry, vindaloo is one of the hottest Indian curries. (Don’t say we didn’t warn you!)

A thin unleavened flatbread made from flour, salt and water (break off pieces to scoop up the food from your plate).

A mushy dish made with split peas, lentils or beans, served on the side.

Fried or stewed minced beef (or pork, chicken or lamb), often used as a filling for samosas.

Fried fritters, stuffed with potatoes, onions, cauliflower and other veggies, enjoyed as an appetizer or snack.

A mild curry sauce made with cream, coconut milk and almonds, originally served with lamb, but now often accompanying prawns or chicken.

So now you know the best curry dishes and top Indian foods to order at an Indian restaurant! You know your dal from your dosa, your Madras from your masala…

Okay, you get the picture! Enjoy!

Get the Indian food cookbooks

Check out these Indian food recipe books on Amazon. (And just so you know, as an Amazon associate, we earn from qualifying purchases.)

How hot do you like your curry? You can let us know in the Comments section below!

Flavors of Mexico | From mango to cranberry ginger, check out these 15 Mexican margarita recipes you can make at home.

Flavors of Hawaii | Don’t just think pineapples and bananas. Try these 25 amazing fruits in Hawaii! (Rambutan or lilikoi, anyone?) 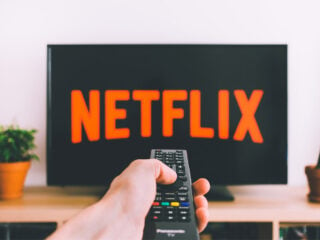 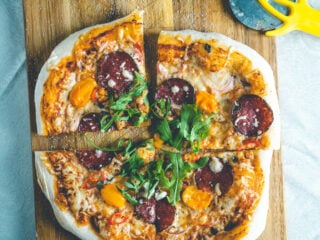 12 Great restaurants that deliver in Victoria, BC (and do take-out)
Read Next Post →
Click here to cancel reply.

I truly love this post! My mouth is watering from the beautiful pictures. Thanks so much you two!

Maybe you'll order Indian food tonight? Thanks for taking the time to comment :-).

What a great primer on Indian food that will serve me well at home or in India:-)

Glad you liked our primer - useful for any Indian restaurant anywhere in the world really :-).