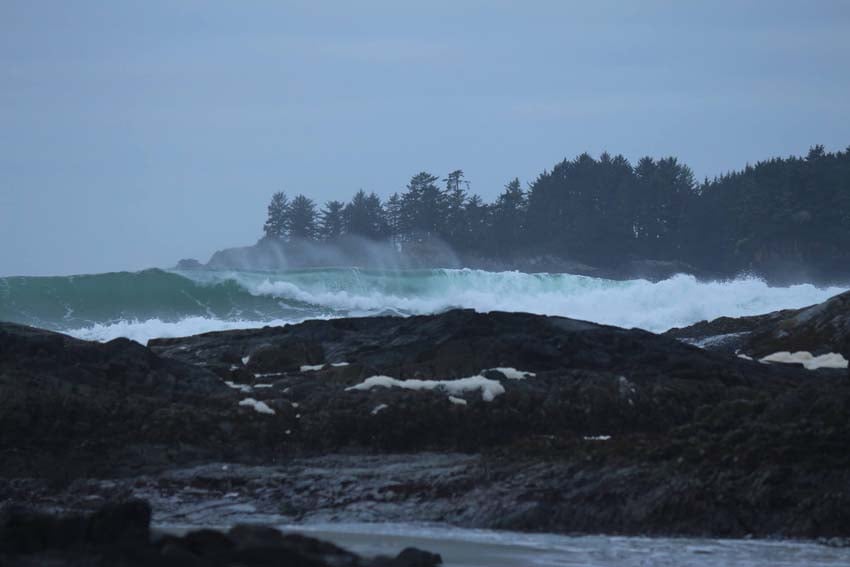 A wise person once said: “There’s no such thing as bad weather, only bad gear.” Or something like that…

Now, the weather on the west coast of Vancouver Island in winter is bad. Really really bad.

Rain that lashes you full-on from the side. Gigantic frothy surf. Gales that howl and rattle windows and suck the breath right out of you. Ocean swells 20 feet high. And monster rogue waves that, if you’re not careful, can sweep you out to a furious sea and your watery grave.

It’s all one big, bad spectacle of nature.

The birth of storm watching on Vancouver Island

There was a time that tourists only visited Vancouver Island during good weather, i.e., summer. But in the mid-1990s, visitors started trickling in to witness the wild west coast’s bad weather.

Now storm watching on Vancouver Island is popular in winter – in fact, people come from around the world to watch winter storms batter the west coast beaches. 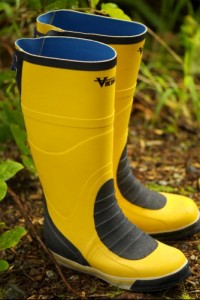 Charles McDiarmid, managing director of the renowned Wickaninnish Inn, is largely credited with enticing visitors to the tiny town of Tofino on Canada’s west coast for winter storm watching.

At the Wick, you discover shiny yellow Helly Hansen rainslickers and umbrellas in your room to use during your stay; rainboots in your size can be picked up from the front desk. The sound of the surf is piped into the restaurant through a state-of-the-art sound system. And bathtubs have views of the beach and crashing waves outside.

The Wick offers complimentary rainboots to wear on the beach. 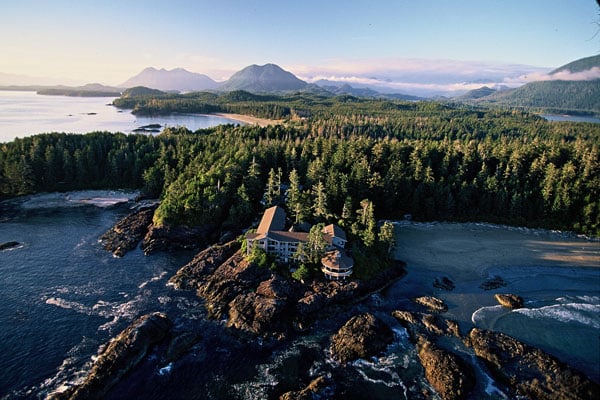 Since the Wick opened in 1996, several other lodges have also opened their doors to visitors (and offer storm watching on Vancouver Island packages). 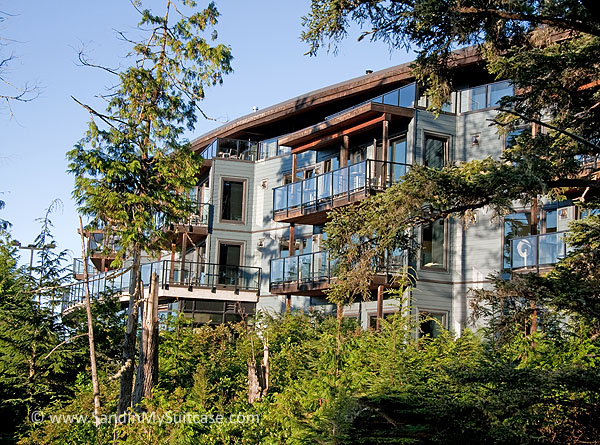 Black Rock Resort is perfectly located for storm watching, that’s if the weather is bad… 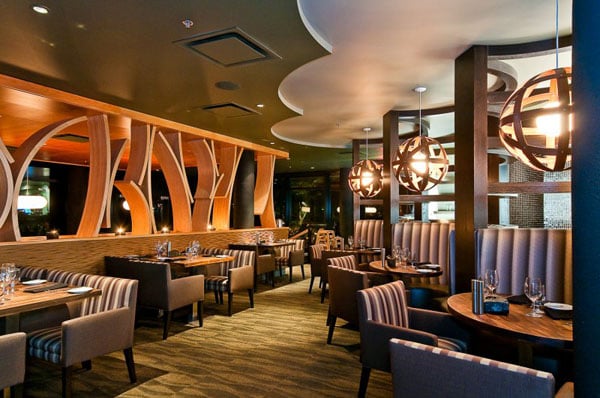 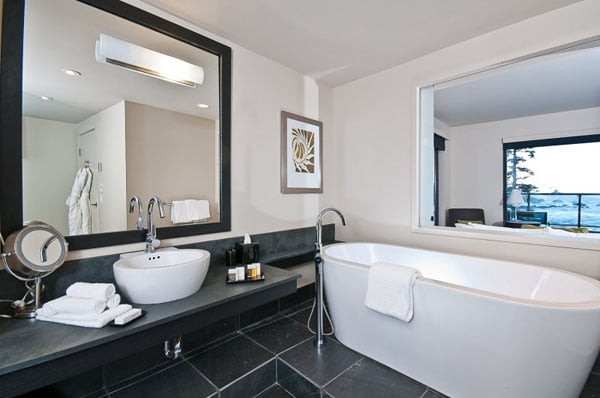 The best months for storm watching are November to February. But there are no guarantees.

We once visited in February for storm watching – only to be greeted with brilliant sunshine, cobalt skies and T-shirt temps.

We couldn’t figure out if we were lucky or unlucky.

On Vancouver Island, at least, there’s no such thing as bad weather, only storm watching. Or perhaps sun worshipping. 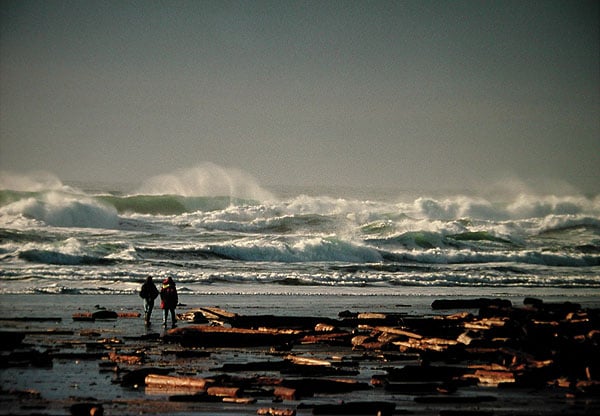 Of course, storm watching isn’t the only thing to do in and around Tofino and Ucluelet.

There’s also rainforest hiking, sailing, whale watching, soaking in natural hot springs, bear viewing and more – all of which we enjoyed on our visit this past summer.

See the following articles of ours, recently published in TravelSquire.com: