It’s been hot, hot, hot lately in Vancouver. And sunny!

Not that we’re complaining (only the lawns are, but they are resilient and will be green again soon enough).

Come winter, we’ll huddle under umbrellas, getting pelted with rain that pours (if we’re lucky, dribbles) for weeks on end from gloomy gray skies. And this gorgeous weather will be a distant memory…

But let’s not get ahead of ourselves.

So where do Vancouverites go when it’s hot and sunny?

We like cooling off for a dip at a local pebble beach (yes, you can actually swim in our ocean water). And hiking to a nearby lake in the forest (Whyte Lake – it’s kind of a secret, so please don’t spread the word too far), which REALLY is lovely for a swim. And renting stand-up paddleboards at Deep Cove for a little core exercise (er, tumble?) on the water.

And, like all Vancouverites, we hit Vancouver patios for a cool one, like the Patio Terrace at the Pan Pacific Hotel Vancouver.

If you’ve visited Vancouver, you’ll recognize the hotel – it’s part of Canada Place, whose iconic “five sails” are featured on many Vancouver postcards.

It’s located downtown by the waterfront where the cruise ships dock (and where we recently toured the delightfully French L’Austral cruise ship, in port for the day). You can’t miss the five ginormous white sails rising up into the sky at the end of the cruise dock.

The Pan Pacific’s generous outdoor patio is on the hotel lobby level (up a set of escalators) and extends out from the back of the Café Pacifica. (We share this because we had a wee bit of a hard time finding it.)

View? Yes! Right up there with the best of all Vancouver patios.

Cool cocktails, made in Vancouver

A kale-infused gimlet – sounds healthy, doesn’t it? We’re told it’s Kitsilano-inspired. It’s made with fresh-squeezed kale – a good way to get your veggies, we think :-). Add to that pineapple and lime juices, Grand Marnier and Tanquery No. Ten (the more refined sibling to Tanqueray’s original London Dry Gin).

Well, this “Kale Gimlet” – which we tried – is just one of the 10 Vancouver-themed cocktails the mixologists shake up at the Pan Pacific.

The young and the beautiful who live in Kitsilano shop at health food stores and flex their muscles playing beach volleyball in itty-bitty bikinis and trunks.

So we kind of, sort of, see the Kitsilano link. But it doesn’t matter if you don’t. All you really need to know is that this gimlet is very refreshing. Not too sweet. A hint of bitterness from the kale. Goes down easily.

And then there’s the “Evergreen,” which is based on our neck of the woods, Vancouver’s North Shore.

We’re all about the forest yonder across the Lions Gate Bridge (which connects downtown and the North Shore). Black bears wander down from the mountains behind us, and trees grow so tall that neighbors squabble over cutting back some of the growth for better views – tree huggers slugging it out with view lovers (in a polite way, most of the time, as we’re Canadians).

Another popular cocktail is the Chinatown-themed “Blood Alley” with Bulleit Bourbon, Peychaud’s bitters and blood orange syrup. Vancouver boasts the largest Chinatown in Canada (and one of the largest in North America). Many Vancouverites of Chinese origins actually live in Richmond, a separate municipality near the airport. But Chinatown, within walking distance of the Pan Pacific, still feels very authentic.

Want to buy chicken feet? Or visit the Dr. Sun Yat-Sen Classical Chinese Garden with its 150-year-old miniature trees and koi ponds? Chinatown is the place to go.

So what about the “Blood Alley”? Yes, delicious too.

All good evenings do eventually come to an end though, even ones happily spent patio sipping.

Afterward, we strolled the seawall along the Coal Harbor waterfront as dusk settled on the city with its soft dark hues.

Summer isn’t over yet, though. If you want to learn more about Vancouver through some nifty cocktails, there are still seven more you can try on the patio at the Pan Pacific.

If you go, let us know what you think of them… There are many other inviting Vancouver patios with great food and drinks too!

It’s packed with lots of great info on unmissable destinations, Okanagan wineries, secret places, other cool things to do in BC (like storm watching in Tofino!), epic hikes, taking the ferry between Vancouver and Victoria, the best time to visit and more… 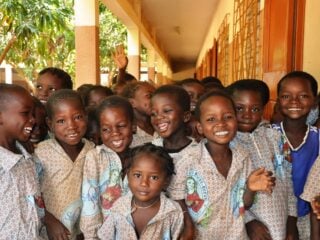 Travel philanthropy: How luxury hotels and tour operators give back
← Read Last Post

It's great to see you out and about exploring your beautiful backyard! Some of those cocktails have me itching to come back, especially the uber healthy kale one!

Vancouver is such a great city to live in - and visit. We should write more about it, shouldn't we?

This patio sounds like paradise and what a view! Was there a cruise ship there when you visited?

It was a very nice evening... And, yes, we saw two cruise ships leave - a Silver Seas ship and an Oceania ship.

The patio at the Pan Pacific Vancouver looks like the perfect spot to sip an Aperol Spritz! Perhaps, next best to Italy:-)

True, and a lot less expensive than jetting off to Italy for a local Italian drink :-).

Funny, I'll be in Vancouver in a week or so - now I know where to go for a drink. Pan Pacific here I come. (PS: What's happened to the hot weather? It's kind of cool here in Whistler!)

The weather just changed! Cool and cloudy today. And it rained last evening (which the lawns are very grateful for). But the forecast is for sun again starting next week, so crossing fingers for good weather for your Vancouver visit :-).