Home / Luxury Hotels / Travel Philanthropy: How luxury hotels and tour operators give back 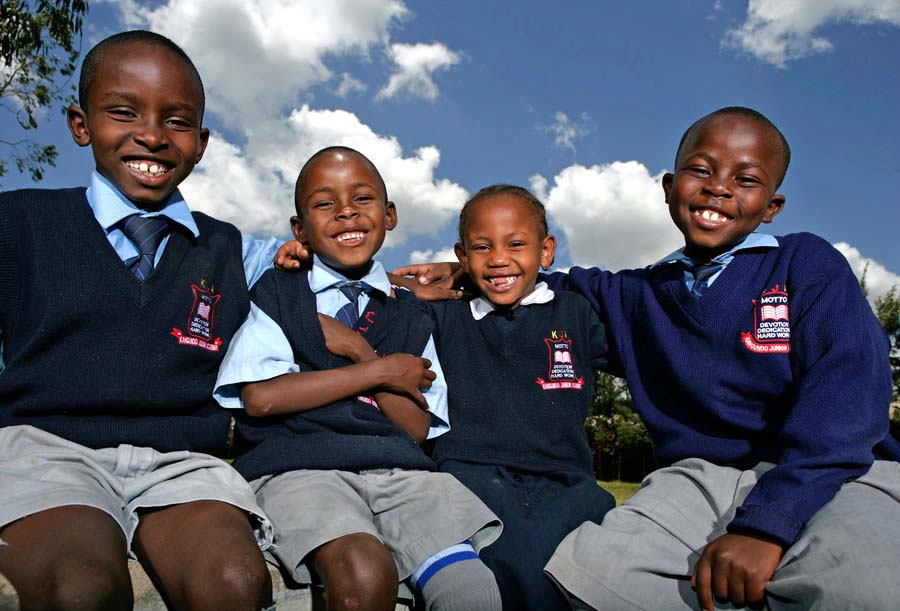 Alila Villas Uluwatu does it. So do Chiawa and Old Mondoro Camps. Count Belmond, andBeyond, Anantara, Soneva and many others in this group too. Indeed, a growing number of luxury hotels and tour operators are involved in travel philanthropy.

Or to put it more simply, they “give back” to local communities through travel.

When you go on a trip, you probably want to learn about the local culture and wildlife. Do the local people have electricity? How are endangered animals protected?

Indeed, there’s a growing desire for more enriching travel that connects us with the places we visit. 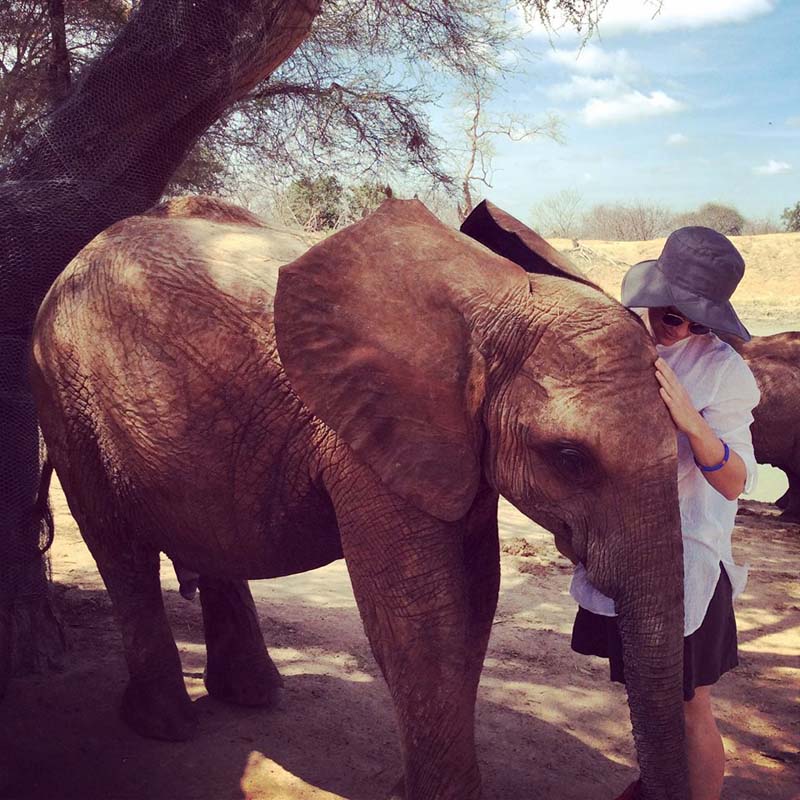 How about working with orphaned baby elephants in the wild on your next trip? photo Elevate Destinations

The resorts and tour operators set themselves apart from the competition by showing they have a heart – and they lend a much-needed helping hand too. At the same time, their affluent guests are introduced to charitable projects, which they often end up supporting as well.

Think. If you’re a nice hedge fund manager and you visit an African orphanage, you might be moved to pay for caregivers’ salaries and food for the kids, right?

The non-profit Tourism Cares, a charitable arm of the travel and tourism industry, has even recently established the Legacy in Travel Philanthropy Award. The first winner was Micato Safaris, a luxury African safari operator. Their non-profit foundation, AmericaShare, pays for orphaned and vulnerable children from Nairobi slums to go to reputable boarding schools; Micato pays all of AmericaShare’s administrative costs. (Wonder who will be the 2015 winner?) 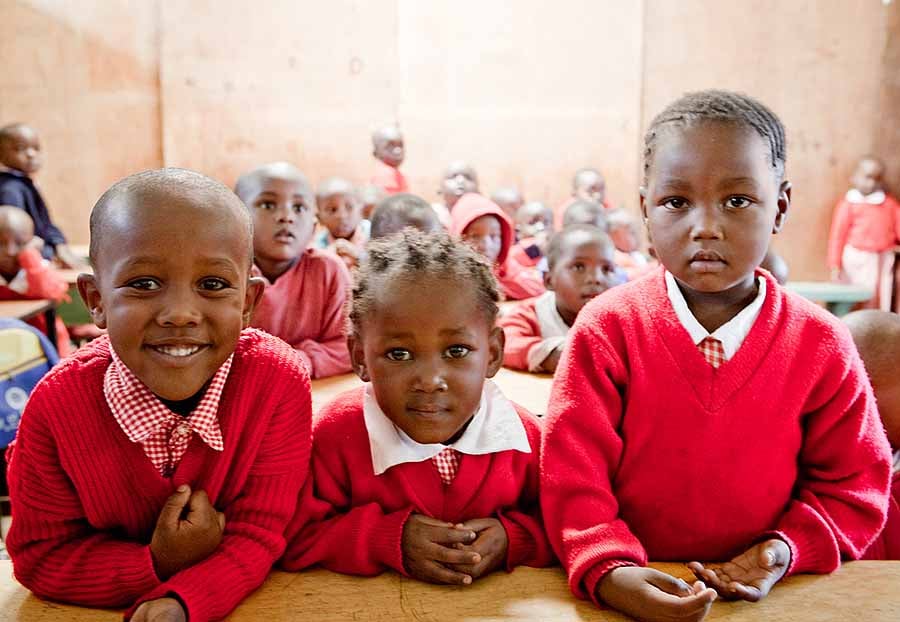 Here we highlight more luxury travel hotels and operators making a difference in the following places around the world:

Lions became extinct in Akagera National Park in Rwanda after the country’s 1994 genocide. AndBeyond aims to reverse that.

A tranquilized lioness is transported to Rwanda – photo andBeyond

The lionesses had to be tranquilized, put in individual crates, loaded onto trucks and driven to Johannesburg, placed on a charter flight and flown to Kigali (Rwanda’s capital), and then driven to Akagera – accompanied by a vet team the whole time. Whew!

But the people at andBeyond know a lot about lions. AndBeyond Phinda was one of the first private game reserves in South Africa, and since the first 13 lions were introduced there back in the 1990s, almost 220 lions have been born on the reserve. 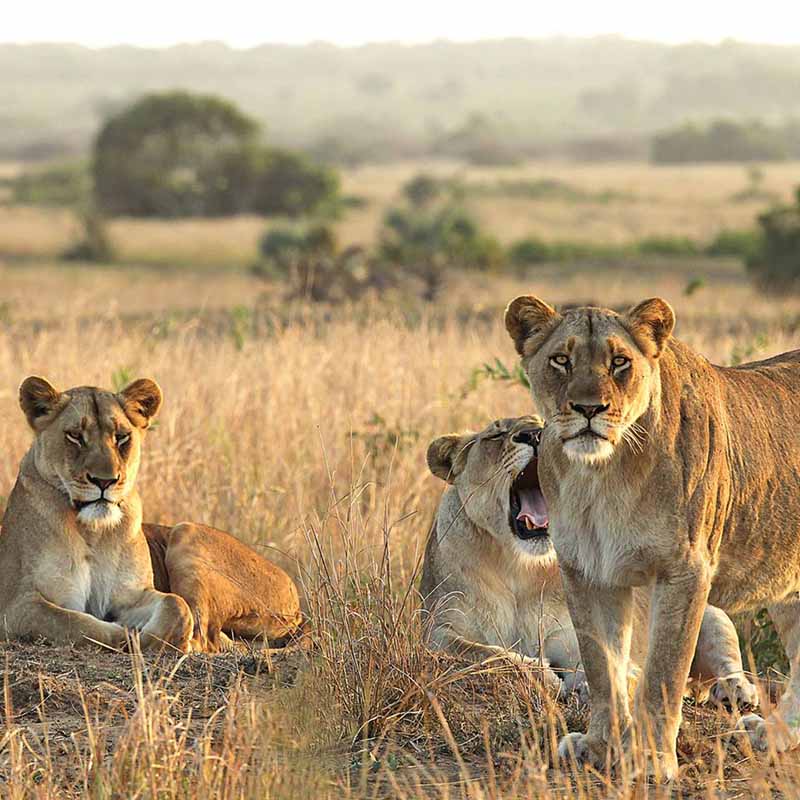 AndBeyond is also helping to move up to 100 rhinos from South Africa (a high-risk poaching environment) to Botswana (known for its anti-poaching initiatives).

Through the “Rhinos Without Borders” project, the first batch of rhinos have already been airlifted and released into the wild into Botswana’s Okavango Delta. And if you think moving lions is hard, airlifting rhinos is even trickier (read this National Geographic news story). 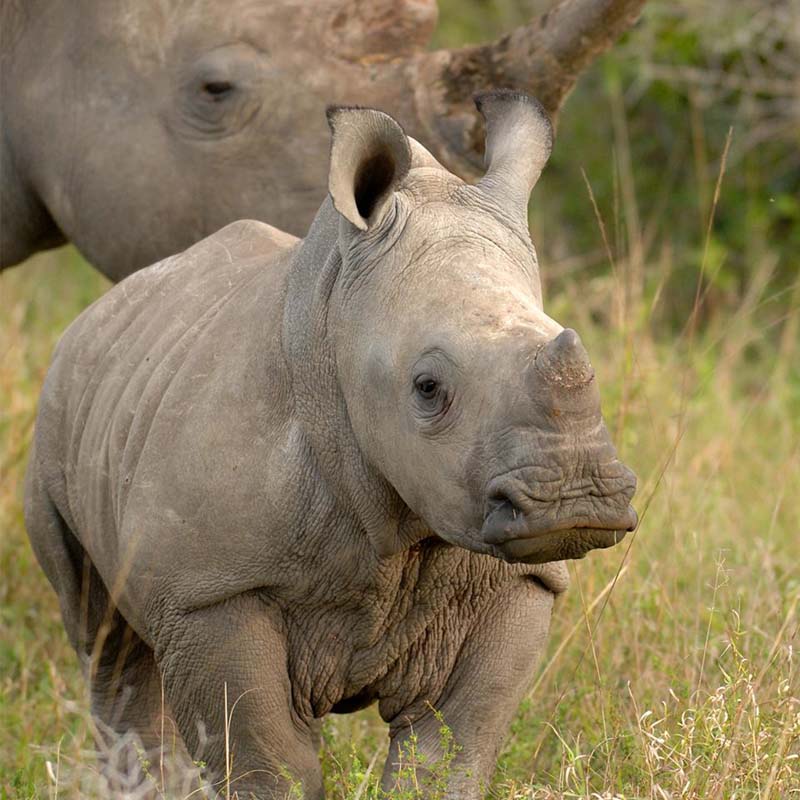 We’ve chilled out at andBeyond’s barefoot private paradise on tiny Mnemba Island, just off the coast of Zanzibar.

Here too, andBeyond has put into action its company ethos of “care of the land, care of the wildlife, care of the people.” The island is one of only two protected nesting sites for endangered green turtles in Zanzibar. In partnership with the non-profit Sea Sense, andBeyond works to find out where nesting turtle mothers travel to once they’ve finished laying their eggs. (This information, along with other close monitoring of turtle activity on Mnemba Island, is shared with the World Wildlife Fund and other conservation organizations and ultimately helps with turtle conservation).

When Sonu and Eva Shivdasani built their home on a deserted island in the Maldives in 1995, they didn’t plan on it evolving into a resort. But it did. Soneva Fushi was born. And the environmentally-responsible castaway resort became a trendsetter among luxury, back-to-nature getaways. The couple later added the Soneva Kiri in Thailand to the Soneva group (the Thai version of their “no news, no shoes” resort concept). 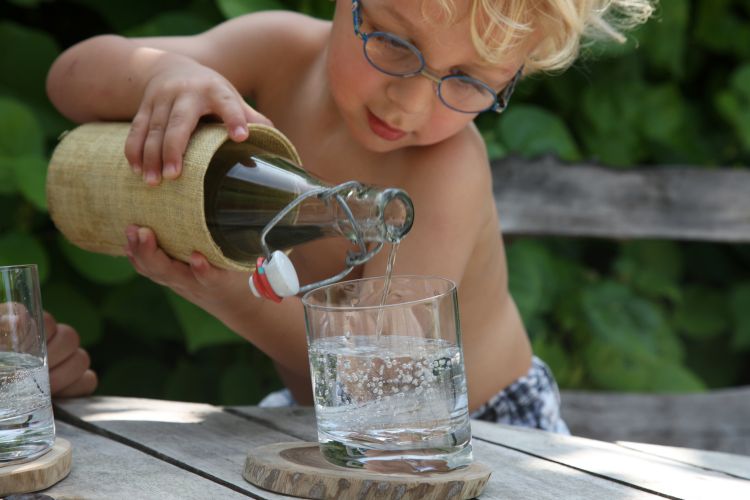 Over 1 billion people in the world don’t have access to clean and safe water. Soneva bottles their own drinking water (still and sparkling) and donates 10% of their water sales to the WHOLE WORLD Water campaign, which works to solve this problem. photo Soneva

They’ve also since established the Slow Life Foundation to implement their charitable goals.

To mitigate the carbon footprint of their hotel guests, they donate 2% of their annual hotel evenues to a carbon fund (over $5.5 million U.S.). Proceeds pay for clean, energy-efficient cooking stoves for people in Myanmar (the plan is to distribute 12,000 stoves a year) and have helped reforest a large area of northern Thailand. Soneva (which produces its own resort water) has also helped over 600,000 people around the world get access to safe water. 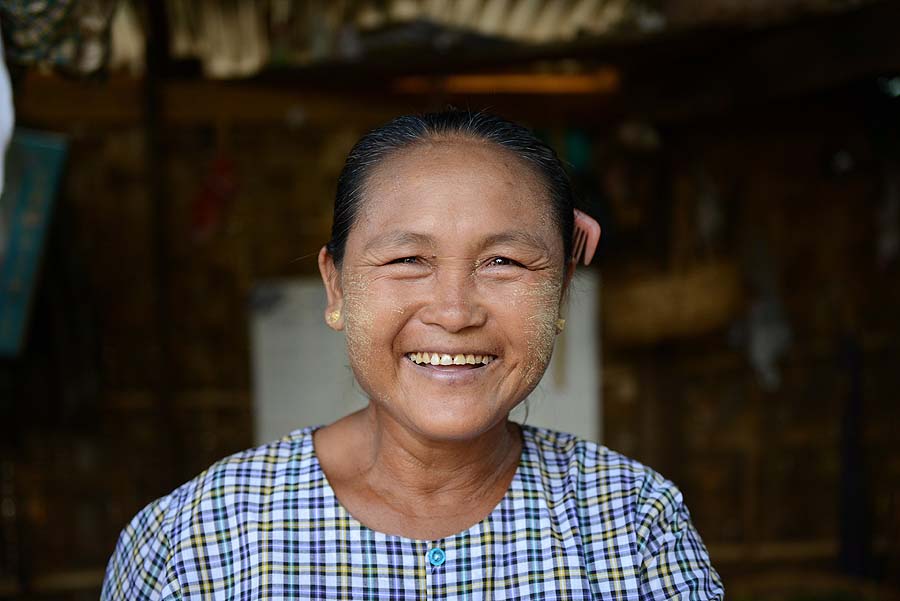 Wouldn’t it be nice if 1 million households in rural Myanmar could cook without having to breathe in toxic smoke? That’s the plan behind the Myanmar Stoves Campaign – photo Slow Life Symposium

As well, the Slow Life Foundation hosts the annual Slow Life Symposium. This event brings together business leaders, scientists, NGOs and renowned thinkers and policy makers to help develop new initiatives that will lead to a more sustainable world.

Also in Thailand, Anantara Hotels, Resorts & Spas launched a “Dollars for Deeds” program. For every dollar you as a guest donate at the end of your stay, Anantara matches that. 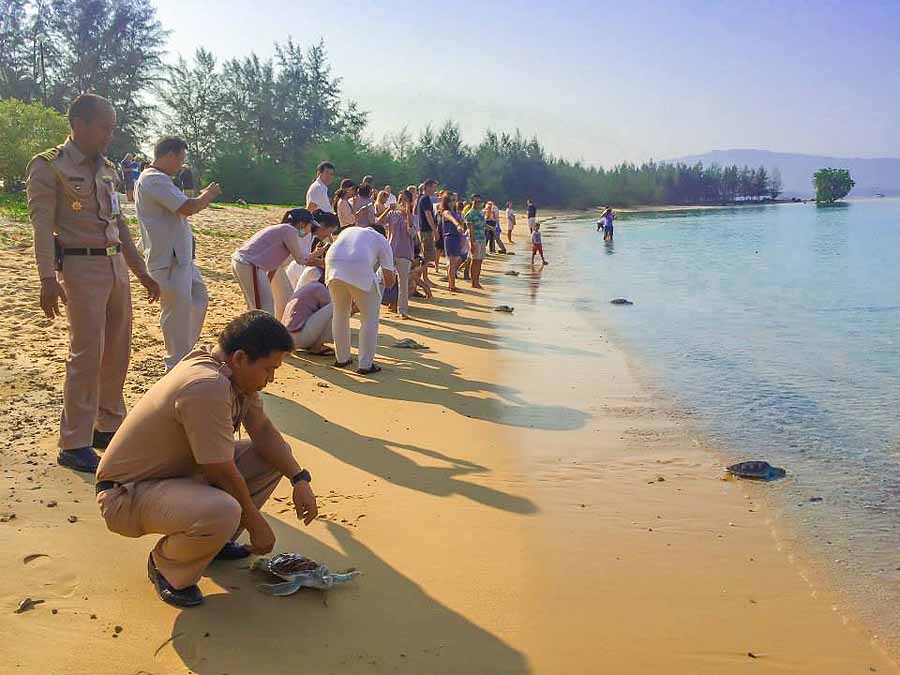 Anantara has 13 hotels in Thailand, by the way, so if you’re thinking of a trip there, they’ve got you covered from Bangkok to Koh Samui and Chiang Mai.

A private pool we could dive into from our living room. A ginormous bathroom with indoor and outdoor showers. Cool iPad technology for ordering room service. Looking around our exquisite villa, we didn’t know that Alila Villas Uluwatu was the first resort in Indonesia to be awarded the highest EarthCheck certification for eco-friendly design.

All we knew was that our villa was one of the most exquisite we’d ever had the pleasure of checking into.

The Bali resort is one of several unique design hotels in the luxury Alila group.

And we’ve since found out that, in addition to its commitment to the environment, Alila Villas Uluwatu helped build a new orphanage to house up to 60 children for the Bali Life Foundation, a charity for abused, abandoned and orphaned kids. 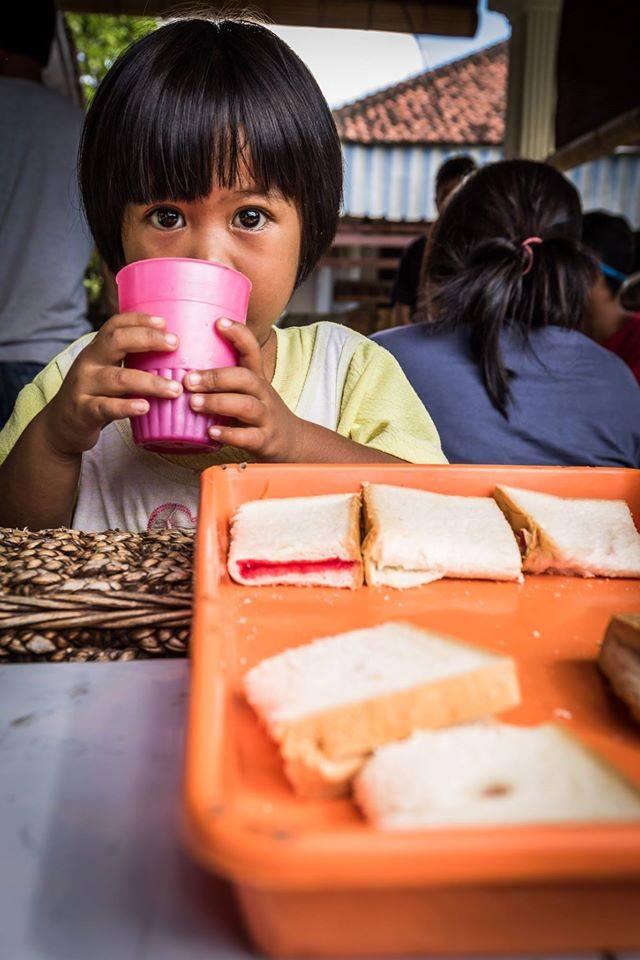 Alila Villas Uluwatu also supports the R.O.L.E. Foundation which helps women break out of the poverty cycle. It trains underprivileged female students onsite in housekeeping, cooking and restaurant service, giving them the practical skills they need to find jobs. 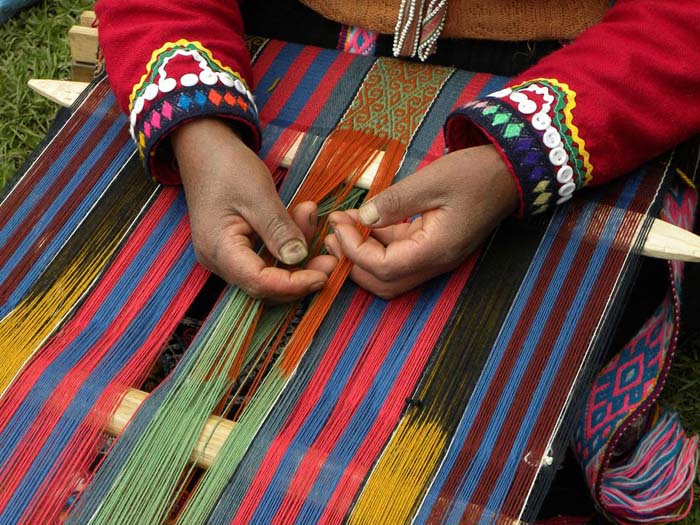 In South Africa, kids who had never ventured outside their township in Cape Town have been taken on a one-day trip to see penguins at Boulders Beach and visit Table Mountain. Peruvian youth have climbed Machu Piccu. Cambodian students have visited Angkor Wat.

Conservation and sustainable tourism aren’t just buzz words for Chiawa and Old Mondoro Camps. They’re two of Africa’s finest safari camps – elephants ate noisily just feet away from our outdoor bathtub at Old Mondoro! But we don’t want to get distracted. If you want to know more about the authentic safari experience, read our post: Chiawa safari camp nails glamping in Zambia. 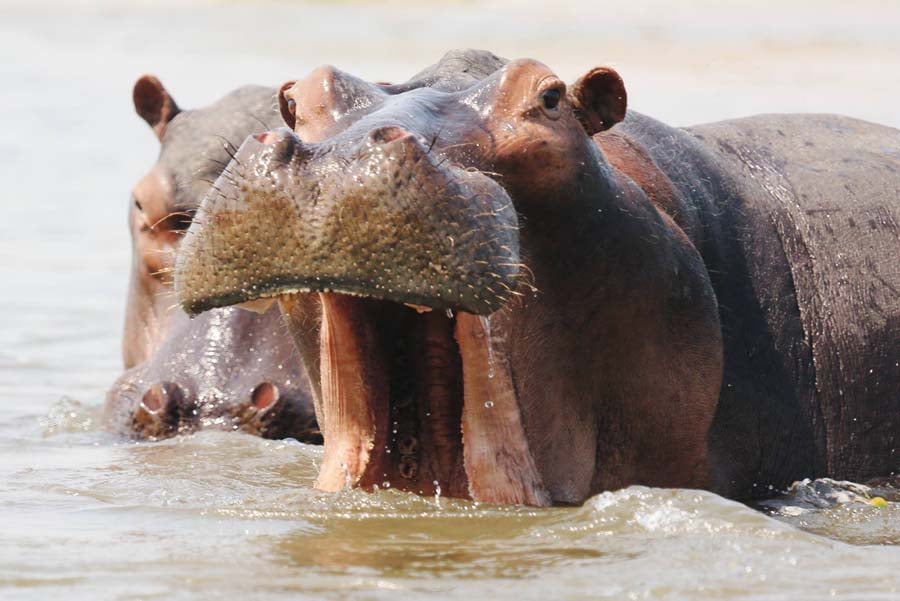 What we want to talk about here is that conservation and sustainable tourism have been a way of life for these family-owned camps in Lower Zambezi National Park ever since they welcomed their first guests (Chiawa opened in 1989). 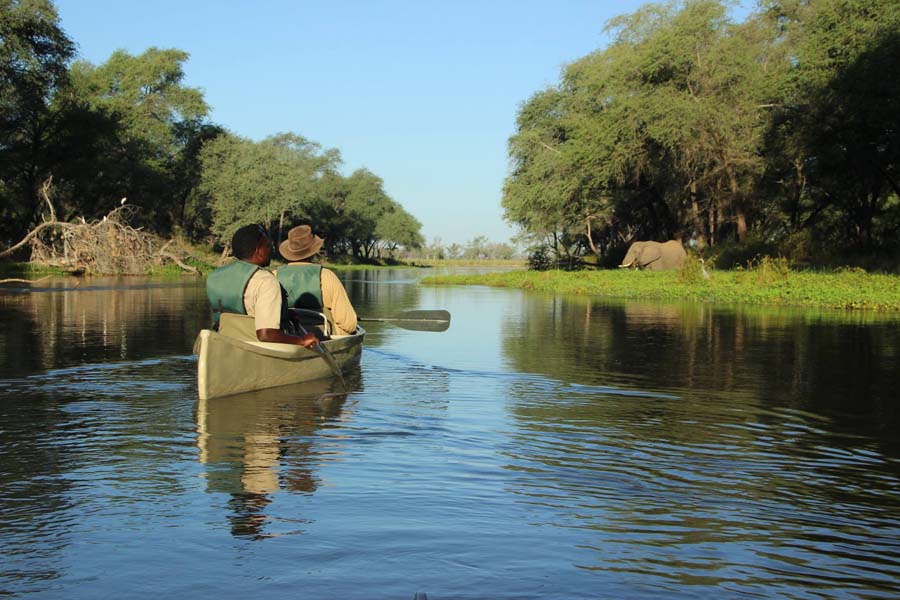 Chiawa and Old Mondoro are also the first safari lodges in Africa to become carbon-neutral.

While they create a very light environmental footprint, they still use generators for electricity, vehicles for game drives and boats for river transportation. To countbalance this impact, they buy carbon credits from BioCarbon Partners, an African-headquartered social enterprise working to reduce deforestation.

It’s sometimes hard on the conscience when traveling in style to developing countries. But luxury travel and philanthropy often go hand-in-hand, as demonstrated by these and other players in the travel business.

Knowing how your tour operator or hotel gives back to the local community can help make you feel a little better. As it has for us… 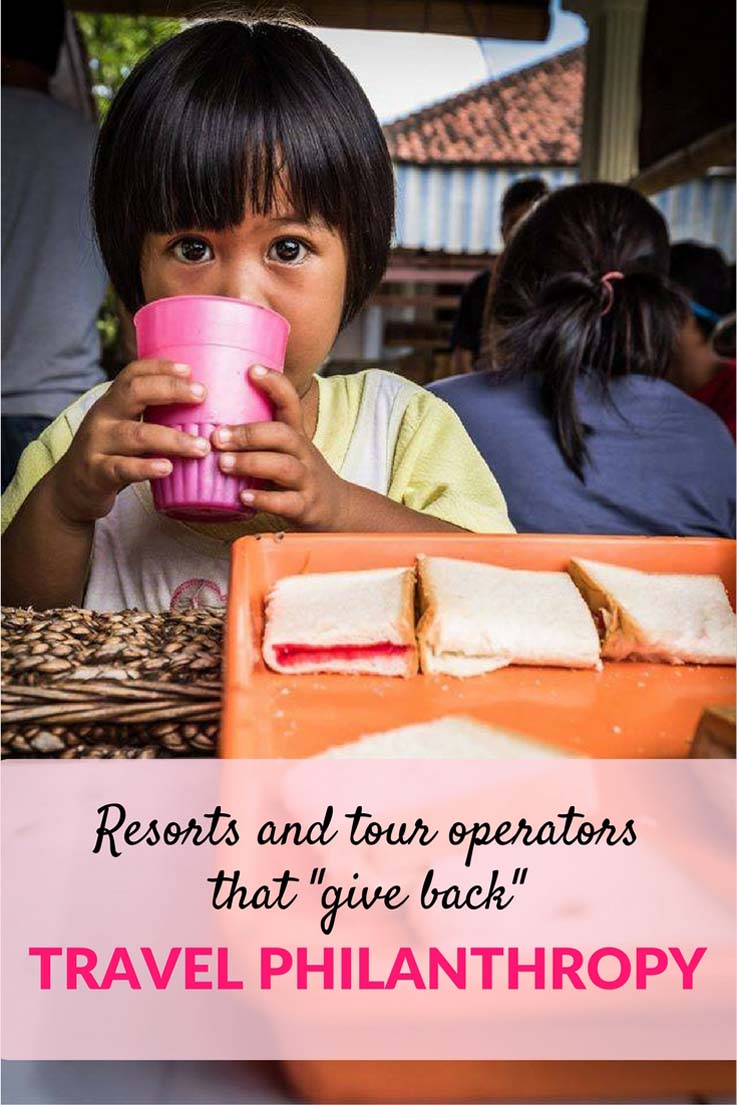 See our post on Luxury Myanmar river cruise – and the art of giving back on the Velvet Escape blog. 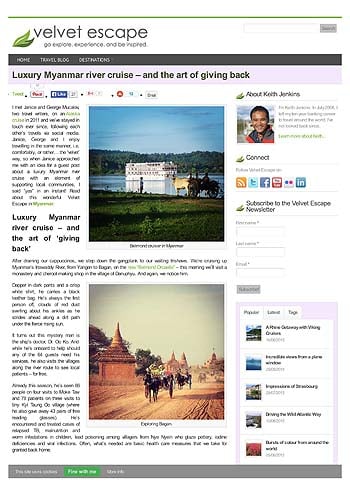 Do you prefer to travel with companies and stay at places that practise a little travel philanthropy?