We Canadians sometimes take our country for granted. On holidays, we may jet off to Europe for its culture or to more exotic destinations like Bali – forgetting that some really idyllic places can be found right in our own big backyard.

It’s the original home of one of Canada’s most elusive cultural groups, the Acadians.

Descendants of French colonists from the 17th and 18th centuries (and often Metis, of mixed blood), the Acadian people were expelled from their Canadian homelands by the British after they conquered the area. Many eventually settled in what is now Louisiana, where their traditions inspired the Cajun culture, but some returned home.

Today, Nova Scotia is populated by a mix of French and English speakers. It’s arguably more diverse than any other province in Canada due to its Acadian, French, English and native heritage.

Fun factoid: the Acadians are known for their rollicking folk music and style of dance called “clogging.”

The capital of Nova Scotia is Halifax, a thriving port city.

Halifax’s waterfront features Harborwalk, a long boardwalk with dozens of shops, tempting ice-cream parlors, a bookstore, restaurants (try the yummy lobster!) and gourmet food stores. If you have a boat, you can berth for free during the day at any of the floating docks along the busy waterfront.

Interested in the sinking of the Titanic? Or want to know about the horrific Halifax explosion of 1917? (The Canadian Institute for the Blind was founded in the explosion’s aftermath.) Pop into the Maritime Museum of the Atlantic to see displays and learn more.

You can also enjoy many inter-connected historic buildings here, as well as the Casino Nova Scotia (which brings in some big-name entertainers).

And every August ushers in the Halifax International Busker Festival, an outdoor musical festival featuring street musicians and acrobatic performers from around the world.

Citadel Hill is as old as Halifax itself. Originally built in 1749, this massive fortification has defended Halifax for almost three centuries. Keeping lookout over Halifax Harbour and its associated military docks, the Citadel was a command centre for Canada’s Eastern seaboard during World War II.

It’s now operated by Parks Canada as a national historic site, where you can still witness the daily noon-time cannon fire as well as other ceremonial military activities.

About 60 miles southwest of Halifax is the UNESCO World Heritage Site of Lunenburg.

Initially settled by Mi’kmaq natives, the town later became a famous fishing and shipbuilding port. Its Bluenose schooner reigned as the fastest sailing vessel in the Atlantic between 1921 and 1936. You can clamber aboard the Bluenose II, a replica of the original icon, when it’s in port and not sailing.

When we visited Lunenburg, we particuarly loved the 18th and 19th century wooden houses – gaily painted in bright rainbow colors, so returning fishermen in days gone by could see their homes from the harbor.

Visitors to Halifax and Nova Scotia also often make their way to the Bay of Fundy.

A natural wonder, the Bay of Fundy is famous for its  tides – water levels in the bay can rise and drop as much as 56 feet every 12 hours!

According to charming native legend, these dramatic tides are caused by the actions of a giant whale splashing in the ocean.

Today, scientists are trying to harness the power of these enormous tidal shifts, by deploying tidal generators that can take advantage of them.

As a visitor, you can walk the ocean floor for miles (when the tide is out, of course) or go whale watching and bird watching.

Up for a unique adventure?

Don’t miss the chance to go tidal bore rafting. Water from the Bay of Fundy funnels into the Shubenacadie River, creating a surge of water – the “tidal bore” is the front wave of the surge. 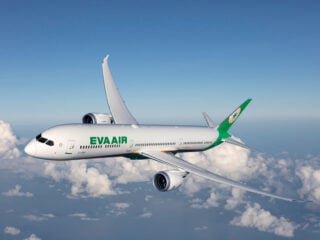 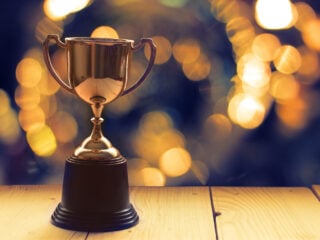 Fall would be a great time to go!

What wonderful options for planning a vacation after we slug through the winter on the East Coast!

The low loonie motivated us to take a Canadian vacation this year. We are doing a tour of the eastern provinces and are looking forward to some time Halifax. Tidal bore rafting sounds fun. Will have to look into that.

Yes, it's a great time for Americans to visit Canada! Your money goes a long way. But that's not the only reason you should visit here, of course :-). We look forward to hearing how you like the tidal bore rafting!