Visitors to Vancouver and British Columbia may not know that the province produces some beautiful wines.

British Columbia wines once deserved their bad rap. But since the early 1990s, when growers started replacing native grape vines with quality European varieties, the quality of wine has shot up.

Now there are more than 200 wineries in British Columbia.

Most are strung along the picturesque Okanagan Valley (like California’s Napa Valley, only with a 60-mile lake running down the middle). Several have been honored with top awards at international competitions, such as the prestigious International Wine & Spirit Competition in London, England.

Wine touring in the Okanagan is popular – sipping and tasting all those Chardonnays and ice wines that put British Columbia on the world wine map. And restaurants around the province often proudly feature local wines.

Yesterday we were introduced to a new wine label at a splashy media event at Vancouver’s very Zen Shangri-La Hotel.

The hotel occupies the first 15 floors of Vancouver’s tallest building (61 storeys high), and it just snagged a coveted AAA Five Diamond Award for 2012 – making it Vancouver’s only Five Diamond hotel.

The new wine label? Black Sage Vineyard, also found in the Okanagan, carved out of one of the oldest vineyards in the area.

With soaring mid-summer temperatures, the rugged Black Sage Bench (once home only to cattle and cowboys) has some of the hottest vineyard sites in Canada. 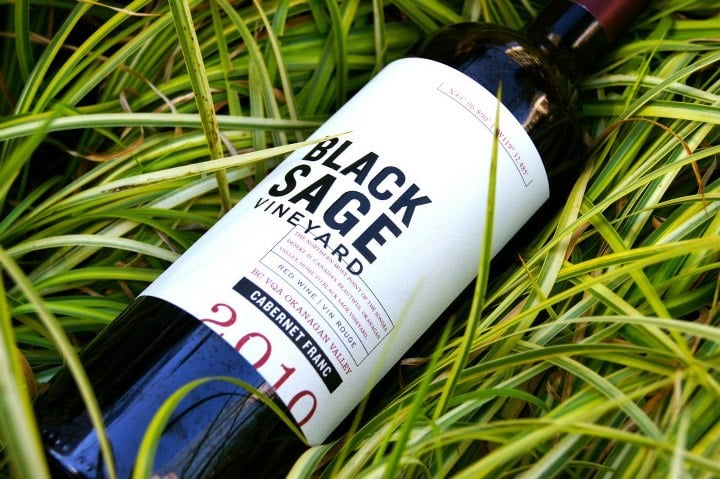 Black Sage now offers another reason for anyone visiting Vancouver or the western part of Canada to try some British Columbia wines.

For us, it’s been a few years since we swished, sipped and spat (okay, swallowed :-) our way through the Okanagan wineries. Guess we’ll just have to return soon…