A river runs through it: Slowing down on an Irrawaddy River cruise

Home / Cruises / A river runs through it: Slowing down on an Irrawaddy River cruise

Please follow local guidelines to keep yourself and others safe. Also double-check what’s open before your trip, as things are constantly changing.

“I own this boat,” says the silver-haired lady matter-of-factly during our impromptu shipboard conversation.

We are cruising Myanmar’s Irrawaddy (Ayeyarwady) River from Yangon to Bagan.

There are only 44 guests onboard the 50-passenger Belmond Orcaella riverboat, which is operated by Belmond, the luxury hotel, train and riverboat company formerly called Orient-Express.

On such an intimate vessel, guests talk easily with each other.

It turns out that this elegant woman, often seen working on her tablet in a corner of the ship’s reception lobby – a WiFi hot spot – is Mrs. Sherwood.

Her husband is Mr. James Sherwood, founder of the Orient-Express (now Belmond) group – whose first acquisition was one of the most romantic hotels in Venice, the legendary Hotel Cipriani.

We’ve been told they paid for their cruise so they would be treated like other guests onboard, not VIPs.

But we aren’t discussing hotel empires or fortunes or the luxury Belmond brand.

We’re simply chatting about the river.

“The river changes all the time,” she says.

As the river depth is barely six-and-a-half feet deep, its sands constantly shifting underneath, this creates considerable excitement for all boat traffic plying its length.

The draft of the Belmond Orcaella is less than five feet.

One morning, a thick blanket of fog even delays us for hours from leaving the muddy riverbank to which the ship is tied.

“The men on the barges with the white flags are guides who jump on to measure the depth of the river with black-and-white marked poles,” explains Mrs. Sherwood.

These guides help maneuver the boats through the ever-shifting channels.

Near Yangon, we see boats dredge gravel and sand from the riverbed.

The dredging is necessary to help water flow into the Yangon Harbor and prevent it from silting up.

Upriver, some smaller boats sift the riverbed, searching for gold.

Many long flat barges pass by – they’re carrying sand and gravel south to Yangon and north to Mandalay for construction.

“You know that all the little wooden houses on the river banks will be gone in a few months?” adds Mrs. Sherwood. “During the rainy season, the river rises 40 feet and they’re flooded and then rebuilt again the next year.”

These relaxing first three days of our eight-night Irrawaddy River cruise might seem slightly boring to some.

There are no glittering stupas on the riverbank to catch one’s eye.

We don’t see any gilded temples like we saw in Yangon.

And there’s only one short stop to visit a local market and see the monastery where the revered General Maha Bandula was buried (he led a Burmese defensive against British troops during the first of three Anglo-Burmese wars in the 1800s).

But like most guests, we welcome this slow lazy introduction to Myanmar.

It is a chance to get over jetlag and a reprieve from the pressures of our daily lives back home.

And once past the Yangon environs, the river scenery morphs into a picturesque colorful diorama of oxen ploughing fertile plots, children waving from green grassy fields and the golden stupas beyond the riverbank that are a marvel to behold.

The Irrawaddy – wide, silty and shallow – is the country’s lifeblood. It’s a major transportation route, connecting the north and south of Myanmar (about 870 miles are navigable), and it serves most of the country’s water needs.

The unhurried time on the river also nourishes and reinvigorates us for the oxcart and trishaw rides to old forts, villages and gilded pagodas, then the splendor of Bagan’s temples ahead.

Belmond is no longer chartering the riverboat that operated as the Belmond Orcaella. But the company continues to operate its popular river cruises in Myanmar on Belmond’s Road to Mandalay, which Belmond owns.

Have you unwound on a slow river cruise? 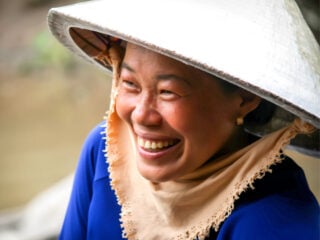 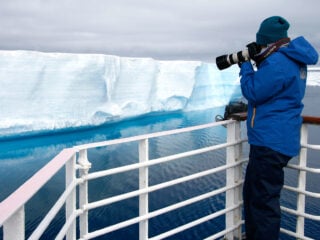 Just an amazing cruise experience on the Ayeyarwady River!

Your images of the Irrawaddy are spectacular! Love them.

To answer you question... no, I haven't and this cruise looks perfect for unwinding to me. Not only that, but it looks perfect for exploring these fascinating places (and for mingling with interesting people). What enticing photos!

A slow river cruise sounds like a delightful way to see some of Myanmar. I can't imagine rebuilding those wooden houses every year after the flooding..

Anita @ No Particular Place To Go

I don't think this river cruise would be boring at all - your observation that it's a great way to ease into the country as well as recover from jet lag is true and what better way to travel than to spend some time watching life and the river unfold...