“Why do you fly on Alaska Airlines?” we’re often asked by friends and family when flying to Mexico, and in particular, Cabo San Lucas. Because it’s cheap.

Flying to Mexico from Canada

It means we have to fly from Canada through the U.S., with a layover and plane change typically in L.A. or Seattle. And the schedule is ugly.

We’ll swim at this beach once we get to Cabo

We usually have to drag ourselves out of bed at 2:30am to catch a 6am flight to get there.

And after our Baja time in sunny Cabo, we’re lucky if our flight touches down at the Vancouver airport before midnight (meaning we’re not home till the middle of the night). Flying through the States is somewhat of a hassle too.

Aaah, but we’re savvy travelers who like saving money.

We want a discount.

And Alaska Airlines has this nifty program. We learned about it several years ago on one of our flights (the flight attendants usually sweetly announce it around the time they start selling duty free goods onboard). If you get an Alaska Airlines MasterCard, your companion flies for a base fare of only $99 (plus taxes and fees). Now the annual credit card fee is about $100. But even factoring that in, we can cut our cost down per ticket to about $400 each.

(And, pssst, don’t tell the credit card company this, but we only use this card to buy our flights on Alaska Airlines and occasionally as a spare.) 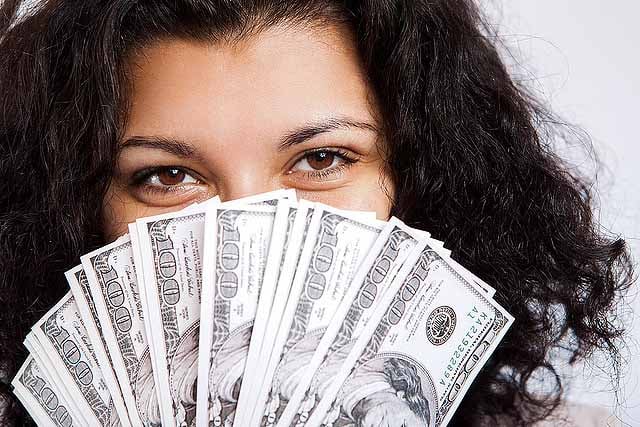 Woman with money: maybe she saved on her Mexico flights – photo Tax Credits

It’s just too bad we can only get one of these companion deals a year.

But where’s the luxury?

Well, there isn’t any when we’re actually in the air. We’re not “elite” frequent fliers (called “most valuable passengers”) with Alaska Airlines. No upgrades for us.

In fact, different story: we lost our gold status with Star Alliance recently (which doesn’t include Alaska Airlines anyway). Some classes of airline tickets don’t earn miles. Poor George has had to put up with many grumbles from Janice over that. But if you collect miles with one of the big airline alliances, you can probably sympathize.

Okay, but aren’t we supposed to be writing about luxury travel?

Yes, so we bought a Priority Pass earlier this year. (And just so you know right now, we’re not getting paid a penny from anyone to talk about this card – only real travel tips here :-). Priority Pass helps make it easier when flying to Mexico and elsewhere by giving us access to over 600 airport lounges around the world.

It came in particularly useful on our recent six-week Africa trip – where we saw lions on safari in South Africa and canoed with crocodiles on the Zambezi River. The one adventure (or misadventure) we didn’t want, however, was wrestling with discomfort during long airport layovers for some flights between South Africa, Zambia and Tanzania – hence the purchase of the card. 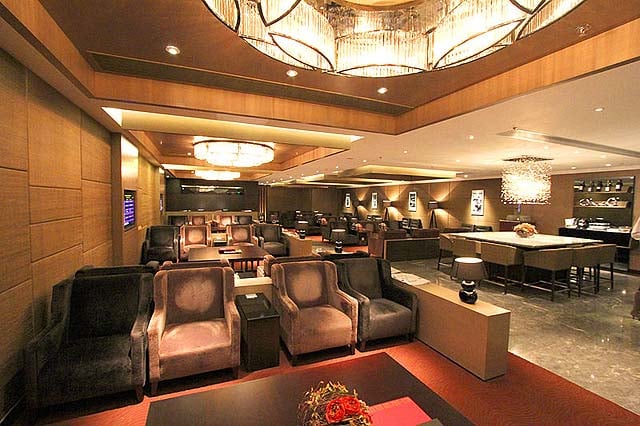 So, now, if we fly through Seattle on our way back from Mexico, we can look forward to free WiFi, a comfy, quiet place to sit and a glass of wine at the Alaska Airlines lounge during our layover.

Purchasing the 10-visit card averages out to about $25 per lounge visit p.p. (look for a discounted Priority Pass card). And you still have to pay an additional $27 for your guest. But George is often happy browsing bookstores in fancier airports, so Janice sometimes enjoys this perk on her own.

Why not fly WestJet?

WestJet offers convenient non-stop flights from Vancouver (and Calgary – you know, home of the famous Calgary Stampede), depending on the day of the week.

Say we wanted to escape the rain in Vancouver in February, 2014. If we were to book a flight to Cabo on a Thursday, we’d leave at 10:20am and arrive at 3:37pm. Easy peasy! We’d have a good night’s sleep before boarding our plane and be at our resort in time for margaritas at happy hour. On the return – if we flew back on a Thursday, Sunday, or Tuesday – we’d leave at 4:30pm and arrive back in Vancouver at a comfortable 8:10pm. 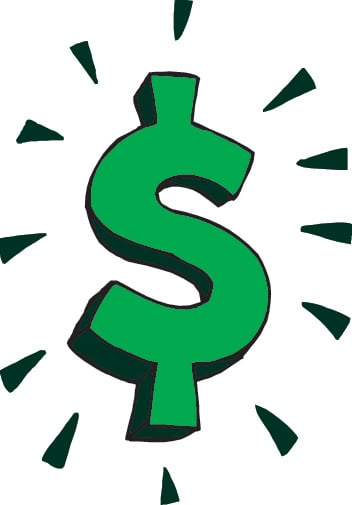 Now you know why we fly Alaska Airlines

So there you have it.

We always pay for our flights on Alaska Airlines like everyone else, and we haven’t received any payment or future discounts from them to write this post (they don’t know who we are). Nor have we been paid by Priority Pass or received any gift or future inducement from them. And we’ve never flown WestJet to Los Cabos.

What airline would you choose flying to Mexico?