Home / Cruises / Sailing away from the Vancouver cruise port

Sailing away from the Vancouver cruise port

Home / Cruises / Sailing away from the Vancouver cruise port

We love Vancouver, our home for many years before we moved to Victoria, BC.

You probably know Vancouver ranks right up with Florence, Rio de Janeiro, Sydney and Vienna as one of the most beautiful cities in the world.

Vancouver also consistently ranks as one of the most “livable” cities in the world, according to The Economist.

Photos of our sailaway from the Vancouver cruise port

Anyway, we got the chance to cruise from Vancouver on the elegant Le Boreal expedition ship to Acapulco (operated by French cruise line, Ponant).

And the sail-away gave us a rare opportunity to see some of the city’s beauty from the vantage point of passengers leaving on a cruise from the Vancouver cruise port.

A highlight was passing underneath the iconic Lions Gate Bridge – it felt like we could almost reach up and touch it!

1) More than 1,000,000 cruise passengers travel through Vancouver each year.

2) Vancouver is the 4th busiest cruise ship terminal in the world.

3) Hundreds of Alaska cruises depart each summer from Vancouver. (When walking on the two-mile-long West Vancouver “seawall” on late summer afternoons, we see many of the ships cruise by as they leave the Burrard Inlet.)

4) Vancouver is ranked as the “most passenger-friendly cruise port in North America,” according to the Berlitz travel publishing company.

5) The city is the only homeport offering one-way and roundtrip cruises up the scenic Inside Passage to Alaska – sorry Seattle, you just can’t compete :-).

Don’t miss Vancouver when you sail away!

One reason passengers love the Vancouver cruise port is because ships dock at Canada Place, right in the heart of the city.

From there, you can walk to funky Gastown or the city’s downtown shops, or stroll along the beautiful Coal Harbor waterfront (maybe stopping at one of the cafés or patio lounges along the way).

If you go to Vancouver for an Alaska cruise, don’t just cruise-and-dash. Be sure to add a few days for sightseeing here. We don’t know how many times we’ve overheard passengers saying they wished they’d known – they would have stayed longer to visit our city.

We’d hate for you to have similar regrets!

It’s packed with lots of great info on unmissable destinations, wineries, secret places, other cool things to do in BC (like storm watching in Tofino!), epic hikes, taking the ferry between Vancouver and Victoria, the best time to visit and more… 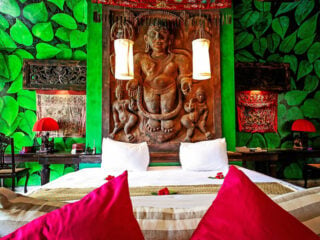 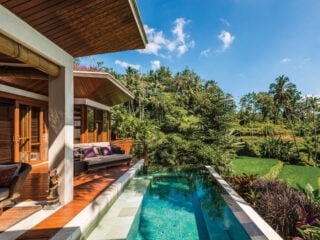 I love Vancouver, my favorite Canadian city. Reminds me in many ways of where we are right now: Cape Town. (including the high Airbnb prices!) Stanley Park has to be one of the most beautiful walks anywhere, love the sea wall. Taking the ferry to Vancouver Island also something I'll always remember from childhood when I went to boarding school near Nanaimo, especially for the Orcas along the way. Great city. Frank

Stanley Park is one of our favorite places in the city too. In the summer, we love bicycling around the seawall, then continuing on the paved seawall path around False Creek, ending up in Granville Island for coffee or a late lunch.

My parents have been to Vancouver and absolutely loved it, I'd really like to visit one day and see the view from the port!

Boast away - it looks so beautiful! My husband has visited Vancouver before but I've still not seen any of Canada yet! I would definitely want to spend more than just a fly by day visit if I was in Vancouver though. I had no idea it was such a popular cruise port - slowly picking up lots of new cruise-related facts ahead of my first ever cruise next month!

Hopefully you can get to visit Vancouver some time in the future too :-).

What a beautiful cruise port! And so nice to have it so close to home~