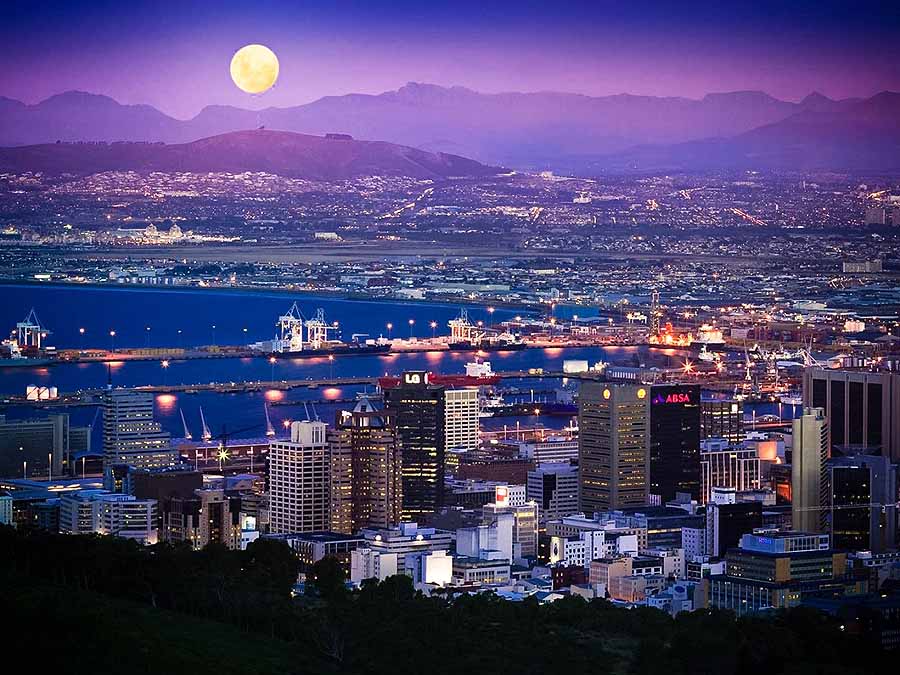 Congrats Cape Town! You beat out L.A., Perth and Rotterdam to top the New York Times list of best places to go in 2014!

That’s in part because you were honored as the World Design Capital 2014.

What exactly is a design city?

The “world design capital” award is given every two years by the International Council for Societies of Industrial Design to the city that uses design to make their city more liveable, competitive and efficient. Past winners include Helsinki, Seoul and Torino.

Cape Town was historically designed to physically separate whites from blacks with walls and gates. But apartheid ended 20 years ago. Cape Town is now using art, design and architecture to help create positive social and economic change (and overcome the apartheid legacy).

That translates into over 460 design projects this year.

Street art is being showcased on Albert Road in Woodstock, a formerly dilapidated neighborhood now revitalized with hip restaurants and farmers markets. Segregated shack homes are turning into art galleries. New life-sized steel sculptures of South Africa’s heroines (“Wonder Women”) are to be placed along the pedestrian Fan Walk in Green Point.

Tapping into the World Design Capital’s environmental theme, a new canopy forest walkway opened in May at the Kirstenbosch National Botanical Garden.

Named after a poisonous snake, the 430-foot sinewy Boomslang walkway rises to 40 feet high over a previously under-visited part of the gardens. Winding and dipping like a snake, it moves gently as you walk over and around 450 South African trees.

How about trying sheep’s cheeks and home-made ginger beer in the Langa township?

The traditionally impoverished black settlement is being transformed with new coffee shops, jazz evenings, a night market, community center, restaurants catering for locals and outside visitors, a South African pub, artists’ studios, community center and a bed-and-breakfast. You can take an edgy tour with Coffeebeans Routes that gets you talking with locals and learning first-hand South Africa’s history.

Luxury hotels like the Twelve Apostles Hotel and Spa are even getting in on the act, hooking up with Coffeebeans Routes to offer five-day “design” hotel-and-tour packages.

You may already know about these good reasons to visit Cape Town:

Between July and November, whales give birth in the waters off Cape Town (arguably offering the best land-based whale watching in the world). Year-round you can see baboons at Cape Point and wildebeest and zebra grazing on Table Mountain. You can also visit the lions’ dens (we saw lions eating their kill at Sabi Sand Game Reserve) – many travelers add on a South African safari to their Cape Town visit.

As a port city, Cape Town has absorbed the culinary customs of many nationalities that have sailed into its harbor over the centuries, like Indian dishes introduced by Indian labourers in the 19th century, Malay cuisines from slaves brought over by the Dutch, and the tastes and traditional dishes from across the African continent.

Think Table Mountain. Cape Town sits at the foot of the mountain, where a cable car takes you to the top for amazing views across the city and out to sea. During his long imprisonment on Robben Island, Nelson Mandela would look toward Table Mountain as his beacon of hope.

December to February (summer) is the most popular time to visit. June to August is cooler with chilly winds, and rain can be expected (but the sun still often shines 12 hours a day).

Fancy sunning on a long cove of soft white sand (with the odd huge boulder fallen from the mountain millions of years ago)? Clifton 4th Beach is the most glamorous sandy playground. Don’t be surprised if you recognize a supermodel behind a pair of designer sunglasses.

Now when you visit, you can add Cape Town’s new World Design Capital attractions and experiences to this list too.

Disclosure: We sometimes accept requests to write on particular travel destinations or experiences for our site. In this case, Dialaflight asked us to write about Cape Town and supported this post. As Cape Town is a place we’d love to visit (we unfortunately couldn’t fit it into our first South Africa trip), we happily said yes…

Have you seen any of Cape Town’s new World Design Capital projects? Is your city designed for liveability?