Guest contributor Ellen Daae Hardy lives in Norway but escapes to Copenhagen whenever she can. Here, she shares some of her Copenhagen bicycle photos.

I visit Copenhagen as often as I can from Oslo, Norway, where I live.

One thing I love is the Copenhagen bicycle culture.

The city has more bicycles than people! It’s full of bicycles of all shapes, sizes and colors.

Coming from Norway, there’s a novelty here in that people can cycle all year round.

In Oslo, only those who are very committed with spikes in their tires dare to ride in the harsh winters!

Denmark is a flat country, and there are special bicycle lanes, so it’s very easy to get around by bike – except over the cobbles in the older part of Copenhagen!

People of all ages and tastes ride and park their bikes all over the city, and there are plenty of good photographs waiting to be taken of them.

I usually start my Copenhagen visits with a walk from the center to Torvehallerne for a nice organic breakfast.

Then I walk to the the 17th century Round Tower, which is the oldest functioning observatory in Europe.

When you reach the top, you get a wonderful view over Copenhagen. I always take a few minutes to walk from the tower to the Graabrødretorget, a public square with colorful facades and a big plane tree.

From there, I typically head towards Strøget (one of Europe’s longest pedestrian streets) to the Royal Smushi Cafe.

After some refreshments I walk down to Nyhavn – the old port and the place where Hans Christian used to live.

I try to end my trip with a walk in the Nyboder district, about 15 minutes away from Nyhavn.

Nyboder is an historic row house district of former naval barracks (it was featured in the film The Danish girl).

I just love its old colorful facades, cobbled streets and the millions of things you can take pictures of.

I got my first proper SLR camera in my 20s, which I took with me to Greece, where I was particularly inspired by the blue hues coming alive in the sunshine.

And ever since then, I’ve been hooked on photography.

Doors and windows really intrigue me.

What’s behind the door? Where does it lead? What stories can the house tell?

But back to Copenhagen…

All the while, I take lots of Copenhagen photos. Sometimes I’m hunting for bike photos – it’s kind of a thing in Copenhagen to take pictures of bikes.

Then it’s usually time to run to the bus and catch the boat back to good old Norway!”

Use the light in the best possible way. I follow my instinct and very often find myself lost, walking around with my camera. I just feel when it’s right – how the light plays – and I always have an extra battery! 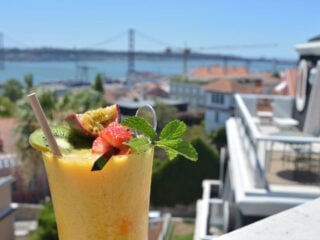 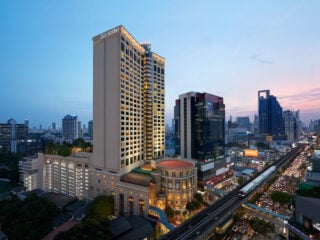 Great photos from a talented photographer!

Yes, they're beautiful. Check out Ellen's Instagram feed -- she's got many more photos there :-).

Glad you liked it! Thanks for taking the time to comment :-).