By Janice and George | Updated February 28, 2020
Please only travel when it's safe 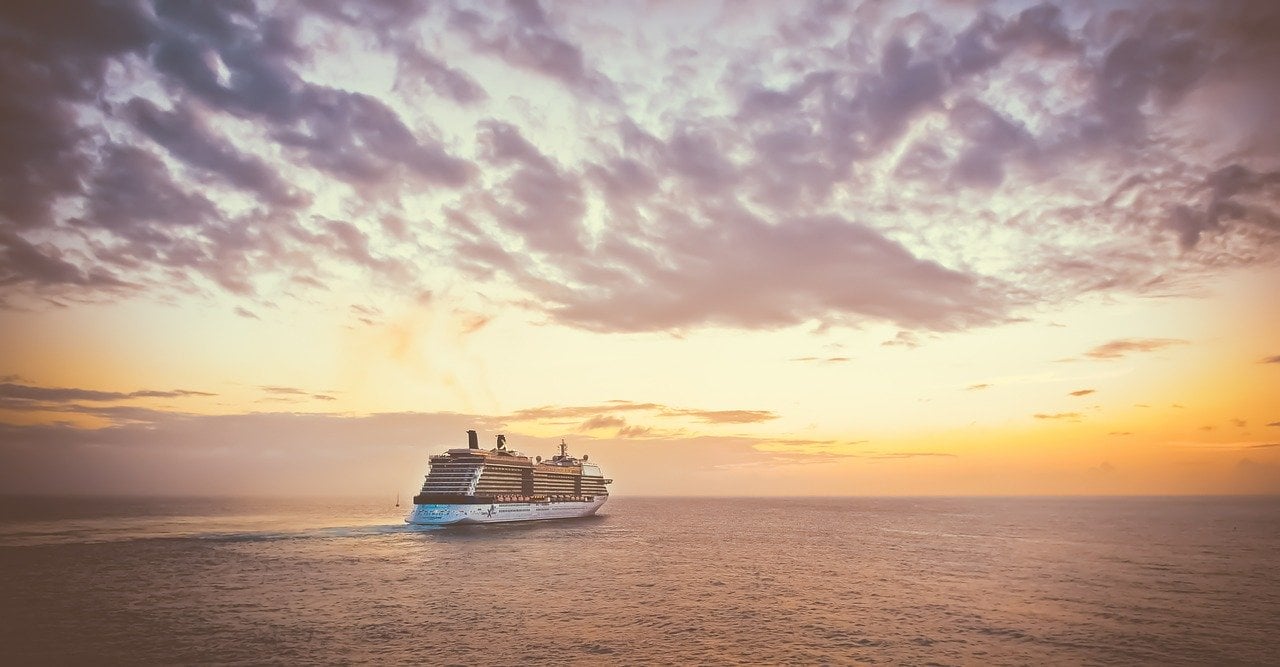 Avid cruisers, we’ve sailed on many ships, from a luxurious phinisi in Indonesia (where we spied Komodo dragons!) to the lovely Seabourn Odyssey (where complimentary champagne flows freely). Naturally, we’re keen to know what new cruises we can experience (and tell you about) in future.

So we reached out to our cruise contacts and cruise experts (and scoured the Internet) to see what’s making waves.

Hop aboard for a peek at what we found out!

Our Star Clippers’ Caribbean cruise on the Star Flyer was pretty special. But we can’t wait to sail on the line’s new Flying Clipper!

Modeled after the 1911 France II – the largest square-rigger ever built – the five-masted Flying Clipper recreates the Golden Age of clipper ships. Think lots of gleaming wood and brass!

What’s hot:  You can learn to dive in a glass-bottom swimming pool.

Also take a peek at this ship: The beautiful Royal Clipper flaunts 56,000 square feet of sails!

Built in the U.S. as an expedition vessel, the 100-passenger National Geographic Venture explores remote spots in Alaska and the Pacific Northwest in the summer, then heads south in winter for water sports, bird watching and hiking in Costa Rica, Panama, Guatemala and Belize (snorkeling and diving are popular things to do in Belize).

What’s hot:  A fleet of 24 two-person kayaks means you can explore on your own.

What’s hot:  There no less than eight restaurants for 596 passengers.

Designed by Rolls Royce, the world’s first hybrid-powered ship takes you up the Norwegian coast, as well as along the banks of the Amazon and the ice edge in the Arctic and Antarctica.

But while it’s a true explorer vessel, the 530-passenger MV Roald Amundsen is also comfortably luxurious. Each stateroom, for example, comes with boot warmers to warm or dry your boots.

What’s hot: Greener than most other cruise ships, the MV Roald Amundsen uses battery power to help it cruise to the far regions of the world – you sail through sensitive wildlife areas in total silence. The vessel also features an industry-first Science Center, staffed by experienced research scientists.

Launched:  July, 2019; the almost-identical MV Fridtjof Nansen is slated to follow in 2020

No cruise ship promises to serve up more of that sun-and-sea feeling than the sizzling MSC Seaside as she follows the sun year-round in the Caribbean.

What’s hot:  Three outdoor glass catwalks extend beyond the edge of the ship.

Viking Orion and Viking Jupiter from Viking Ocean Cruises certainly rank high among the world’s best new cruises. Could they possibly be the best new cruise ships ever?

They’re the fifth and sixth sister ships to the ground-breaking Viking Star. The Star, if you don’t know, wowed the cruise industry with all-veranda staterooms and other goodies when she set sail in 2015.

What’s hot:  You can make like a Norwegian (complimentary) in the hot- and cold-water spa.

Read our Viking Ocean Cruises’ review! What’s it like cruising on the Viking Sea in the Caribbean?

Ocean Cay, MSC Cruises private new out-island, opened in December, 2017. It ticks off a lot of boxes for a day of fun in the Bahamas.

But Timor-Leste in Southeast Asia is probably the most exotic new port.

How many people can boast trailblazing through one of the world’s newest countries? Discover tiny Timor-Leste on a Fiji-Bali cruise in April or June on the Paul Gauguin. You’ll find hand-woven baskets in the colorful markets and the world’s tallest statue of Jesus (88-feet high).

Pssst, there are few tourists too, we hear.

No round-up of the best new cruises would be complete without touching on Cuba.

Frozen in time since the Cuban Revolution in the late 1950s, Cuba is the place Americans want to see. And now, as relations between the U.S. and Cuba thaw, you can visit under “people-to-people” travel guidelines.

Greet giant grouper and spiral down underwater caves, said to have inspired Robert Louis Stevenson’s “Treasure Island.” The British Virgin Islands are your playground with The Moorings on their ultimate dive vacations aboard the crewed, five-cabin (all ensuite) Poseidon Pearl.

It’s fully equipped with scuba gear so you can dive right off the boat with your PADI dive master guide. Non-divers will have fun too – the 58-foot catamaran stocks kayaks, standup paddleboards and waterskis.

At night, kick back over rum punches and hors d’ oeuvres as you listen to the next day’s dive brief.

Also read: Chartered yacht holidays: They’re not just for the rich and famous

We write a lot about cruises. (Cruising is just such a great way to travel!) Below are just two of our cruise posts you might like :-).

Gratuities on a Cruise: How Much to Tip?

Two-Wheeling on the Best Bike-and-Boat Cruises

About the world’s best new cruises…

Janice wrote about the best new cruises of 2017 for ISLANDS magazine. This post updates that article to include 2019 cruise ships and new ships launching in 2020 and the future. (See here for the online version.)

Love cruising? Then pin this!