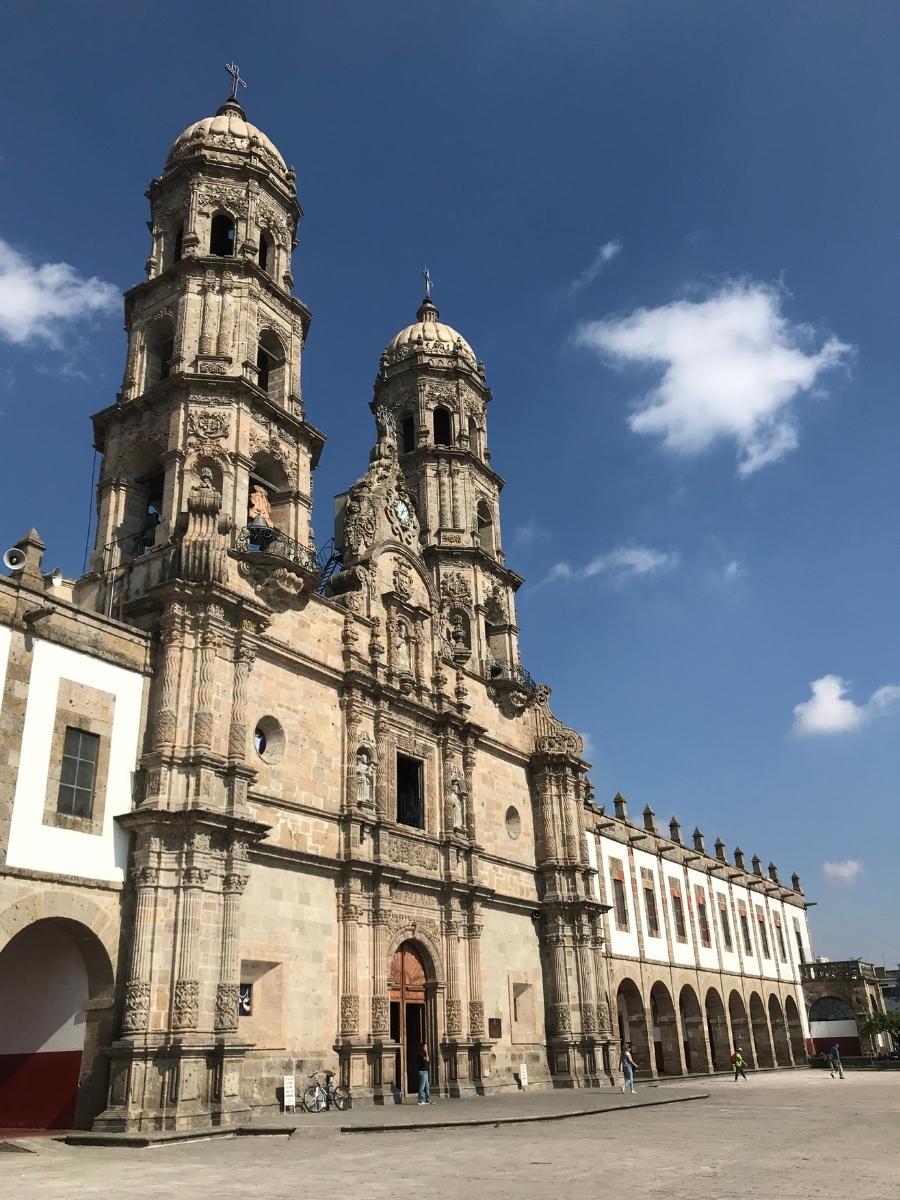 The tiny statue of the Virgin, made from corn paste, is no more than 10 inches high. But she’s believed to be a miracle-worker. And her home is stunning – the Basilica of Our Lady of Zapopan.

On October 12th each year, more than a million people crowd around the streets surrounding the basilica to welcome her back to her home on the outskirts of Guadalajara, Mexico. That’s because “La Zapopanita” travels across Mexico’s state of Jalisco for five months each year, going from church to church.

At the end of her journey, she makes the last five-mile trek from Guadalajara Cathedral to Zapopan on a flower-filled float. It’s a lavish procession, with Indian dancers, cowboys and marching bands. Many devoted pilgrims follow behind her on their knees.

The whole celebration is one of Mexico’s largest and most important.

Back in the 1500s, a Franciscan monk in Mexico always carried the little Virgin with him. Legend has it that the local Chimalhuacano Indians were so awed by the light rays the Virgin statute threw off that they surrendered to the Spanish without bloodshed and converted to Christianity. To honor her, she was installed at the Zapopan church (now replaced by the more stately basilica).

Later, in the 1700s, priests took her with them as they traveled the towns and villages around Guadalajara.

Wherever the tiny Virgin went, sick people suddenly got better.

Since then, several miracles have been attributed to her.

Basilica of our Lady of Zapopan

Guadalajara was the starting point for our visit to several colonial towns in Mexico’s heartland – and we visited the vast Basilica of Our Lady of Zapopan at sunset one winter evening.

Built in 1730, it’s a true architectural gem, with an ornately decorated façade (lots of flower designs). Inside, we could barely make out the small Virgin behind glass above the altar.

When we left, night had fallen and the basilica was completely lit up – lovely!

Do you visit churches, mosques and other religious buildings on your travels?