Posted on Last updated: October 3, 2020 By: Author Janice and George

Make like a celebrity at Azura Quilalea Private Island Resort

We’d just fallen off the edge of the earth in northern Mozambique – and were about to land in the lap of serious luxury at Azura Quilalea.

A gun-metal gray helicopter had picked us up from the island that time forgot, Ibo Island. Now we were buzzing over the gorgeous uninhabited Quirimbas Islands with their turquoise rings of water (a little like Bora Bora’s lagoon) to Azura Quilalea Private Island resort.

Quilalea, Mozambique, is a speck of a private island.

And Azura Quilalea – if you don’t know – was suggested by Vogue magazine as one of 10 exclusive resorts that Pippa Middleton would like for her honeymoon (she and hubby James Mathews ended up in French Polynesia).

This private island with the boutique resort forces you to forget the outside world (for a time, at least)

There are just nine hand-crafted Azura villas, all facing the sea.

They have coral stone walls, soaring makuti thatch roofs and stone floors inlaid with shell mosaics. King-size beds are swathed with clouds of mosquito netting (not needed, we discovered later).

Louvered doors and windows, all wide open, let the cooling sea breezes in. (There’s an air-conditioner above the bed to use at night if you wish.)

And you don’t have to bother with keys (slide a wood latch to open and close the carved front door to your villa). But if you happen to bring along valuable bling (oh, the nuisance of traveling with a Rolex and 2-carat diamond ring!), you can lock it all in a built-in, shell-encrusted box.

We love outdoor showers in tropical countries. (Bali does these well!)

The next best thing? Being able to look outside from the bathroom.

The large bathroom in our Azura Quilalea “Kaskazi” villa came with a timber countertop with above-counter coral sinks (shaped like large round shells) and a shower (adorned with a turquoise tile mosaic in the shape of a baobab tree) with swinging bar-style doors that hook open up completely, so we could look out at the sea while shampooing with all the lovely bath products Azura provides.

And ooohh, the piece de resistance… A bottle of French champagne – from the owners’ chateau in the Loire Valley – was chilling in an ice bucket, waiting to be popped open and drunk.

Such was our introduction to the sublime Azura Quilalea Island resort…

Read next: Pssst! What can you do in northern Mozambique on a luxury holiday? Lots!

Snorkeling and diving in the Quirimbas

We were keen to try out the scuba diving, which is renowned.

The original owner, who developed the private island resort in 2002, had a hand in creating the Quirimbas National Park, a protected area encompassing the surrounding waters and other nearby islands. Undersea life includes sea turtles, dolphins and hundreds of species of fish, even seahorses!

The park is now a candidate for UNESCO World Biosphere Reserve status.

Azura Quilalea has its own excellent PADI dive shop – a separate stone villa with rows of wetsuits and new professional Mares dive equipment (including short stubby air tanks, which we like better, as they’re lighter).

As we hadn’t done any diving for a while, the house reef was our dive site.

And how easy it was to get in! All we had to do was hot-foot it from the dive shop across the private sand beach to the water’s edge, where staff (who carried our tanks and other equipment) helped us gear up. Then, led by a very competent dive master guide, we simply strode into the water, put on our fins and swam out to the reef.

We saw schools of fat red wrasse, green sea turtles which are quite shy (because they’re hunted for their shells), garden eels waving in the sand bottom, little cleaner shrimp and several rays (hard to spy because they’re the same color as the sand bottom). The water was pleasantly warm (28 Celsius, 82 Fahrenheit), though of course you still need to wear a wetsuit.

We finished our dive by getting picked up in the resort’s speed boat which whisked us back to shore.

For a house reef, it’s a very good reef, with fan and brain corals swirling with lots of pretty things.

The water was a wee bit murky with algae though, because of the coming and going of the tide. (We’ve dived so many top spots – like Komodo, Indonesia – that we’re horribly spoiled and have to remind ourselves that conditions can’t be wow every dive.) The algae should be welcomed, however, as it means the reef is healthy.

The dive was certainly enticing enough that it whetted our appetite to try the deep channel on the other side of Quilalea Island. Visibility there is said to be 150 feet with sightings of white-tip reef sharks. Alas, time didn’t permit this for us, but a fellow guest, studying for her PADI certification during her stay, told us it was a “brilliant” dive.

A well-marked, 1.5-mile walking path – composed partly of broken bits of dead coral and partly of packed red earth – winds around Azura Quilalea private island. On our daily walks, it took us about 45 minutes to complete (except for our first walk, where we got lost somehow and tromped around for twice that time; good for us though!).

It’s a delightful walk, especially just before dusk, when the heat of the day has dissipated. It passes through Turtle Beach, where private picnics can be set up, and a forest of baobab trees.

Some of the 58 baobabs on the island are HUGE – one has a trunk at least 18 feet wide! They are also very old; many are between 1,000 and 3,000 years old. It’s quite amazing to think these baobabs have survived for so long on the island.

One morning, we also checked out scuba booties from the dive shop to take a closer look at the “rock caves” at Turtle Beach.

At low tide, you can walk out on the squishy sand, dimpled with pools containing gazillions of tiny sea stars and crabs. Further out are some rocky islets where the sea at high tide has scooped out man-size holes or caves in the sides.

The rocks writhed with big black crabs scurrying up the sides as we approached.

But we shouldn’t pretend that we were active our whole stay.

We’re not ashamed to admit that the alluring white sand beach in front of the resort’s dive shop and the comfy lounge chairs on our villa deck were where we spent most of our time.

Any proper Azura Quilalea review has to touch on the food.

It was refreshing to discover that the meals at Azura Quilalea were so light, yet satisfying. (The chef is probably conscious that celebs like Pippa probably wouldn’t appreciate putting on weight.)

For lunch and dinner, your butler host (who’s assigned to look after you during your stay) brings a tall blackboard to your table to show you the menu choices written in chalk. There are always two options for the starter and main course, followed by dessert.

Our lunch choices one day: A rocket salad with cherry tomatoes, avocado and feta cheese, then a plate of super fresh sushi and sashimi. Accompanied by a bottle of the owners’ chilled Rose wine, of course.

Another day: Pumpkin-and-coconut gazpacho, followed by calamari and fries.

And for dessert? It has to be home-made sorbet! Lime one day, berry the next (a different flavor every day).

For dinner, you never eat in the same location twice – a private table is set up for each couple or group by the pool or in the restaurant or maybe toes-in-the-sand on the beach.

And we quite enjoyed the lobster! Grilled lobster one night, lobster pasta another…

But what really makes Azura Quilalea lodge unforgettable is the bespoke service.

Every evening, you gather for sundowners at the convivial bar, where you discuss with the manager your preferred activities the following day – spa treatment, helicopter sightseeing, private beach picnic?

The last evening, our butler surprised us with a scented bubble bath in a copper tub on our deck plus two gin-and-smashed-lime cocktails.

A singular, romantic treat – which we absolutely loved.

Azura Quilalea at a glance

Without a doubt, this Azura resort is one of the best Mozambique island resorts.

There are 4 open-plan Kaskazi villas and 4 premium Kusi villas (with private plunge pools and outdoor showers), plus the honeymoon clifftop Quilalea villa (with a ladder leading directly into the sea for snorkeling).

Azura Quilalea rates include all meals; cocktails and wine; use of the kayaks, snorkeling gear and stand-up paddleboards; and a house reef dive. Helicopter transfers are extra.

Azura has its own reverse osmosis system to turn salt sea water into fresh water, which is used for drinking, washing and cooking. Refillable glass bottles of “Eau de Azura” are placed in the villas.


How to get to Quilalea Island:

You’ll likely fly into Pemba on mainland Mozambique. (We flew on LAM, not necessarily recommended.) From Pemba, you fly to Azura Quilalea by helicopter; the resort has its own.

Azura Quilalea is one of three resorts (two in Mozambique and one in Tanzania) in the ultra-deluxe Azura Retreats Collection.

See Azura Quilalea’s website for booking and other information.

How to choose where to go on safari? What’s the best way to hike up Table Mountain in Cape Town? Where to stay in Victoria Falls?

Get the full scoop on planning a luxury trip to Africa, complete with fabulous itineraries, in our free:
Africa Travel Guide & Safari Planner

We blissed out at Azura Quilalea as media guests; we first wrote about the private island resort in Cruise & Travel Lifestyles magazine (see here for a PDF) as part of our larger Mozambique feature. 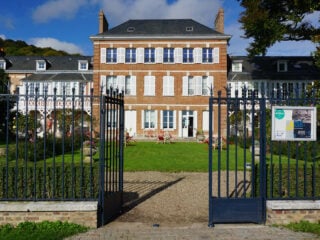 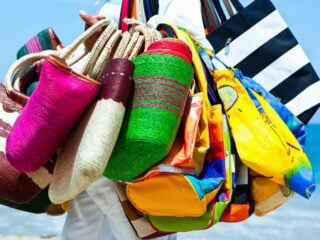 I'm not big on beach destinations, but for that rare moment when I might be persuaded, it sounds divine.

And the best bit isn't the butler service, or the delightful food. Nope! It's the "scented bubble bath in a copper tub on our deck plus two gin-and-smashed-lime cocktails."

I'll have a bit of that, and swop the gin for a Cosmopolitan cocktail, or a glass of champagne with crushed ice please!

Hah! The "cappuccino" bubble bath is the lure! That's so funny - our butler will love knowing this :-). And of course, whatever drink your heart desires is yours, just ask...